I realize if I check the Sports Card Blogroll I’m probably 18th in line for making a St. Patricks Day pun on my blog.  You know what – much like Jay Cutler Idooooonnnnn’ttttt carrrrrrrrre.  Long day at work today.  Working at a hotel in downtown Chicago, especially one along the river, doesn’t make for a fun day at work on this holiday.  At least all of guests looked like they were having a good time.  Well let’s get to the cards. 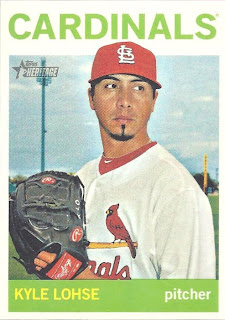 Kyle Lohse – Do you know Kyle has been in the league for twelve seasons? And it took him that long to finally post an ERA under 3.00 for the season. You could argue that his last two seasons have been the best stretch of his career. Good on him. 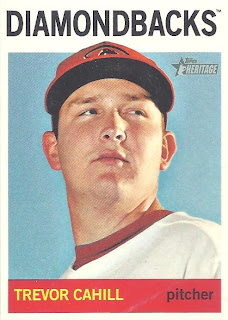 Trevor Cahill – I just sold a Cahill card on eBay.  Not this card, but still that’s 99 cents in my pocket (plus a little markup on the shipping). 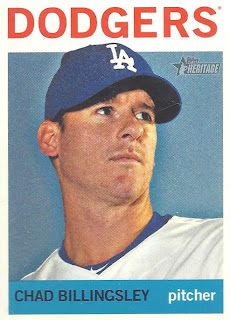 Chad Billingsley – “Over here, Chad over here.  Don’t look at the camera!” 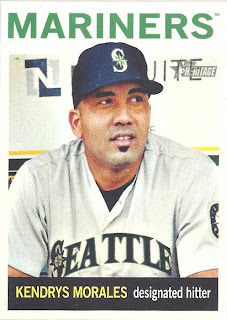 Kendrys Morales – There must be something happening to the right of the photographer. Four cards in a row with players looking that way. 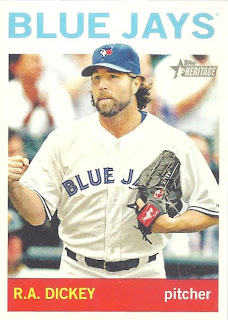 R.A. Dickey – Short Print!  Double Short Print!  Not only is this short printed, but it’s the not-as-rare-as-I-thought-therefore-not-as-valuable-as-I-thought “action” pose.  It will be interesting to see how Dickey does in the AL East this year with the big contract in his pocket.  Two warning signs in my book. 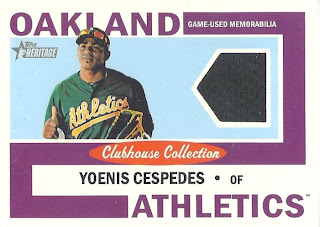 Yoenis Cespedes  Clubhouse Collection Jersey Relic – The Big Hit!  I like Cespedes, but man did he pick a shitty year to be a rookie. If it wasn’t for Harper and Trout I think the Cuban would have had much more ROY hype (and I would probably know exactly how to say his name). 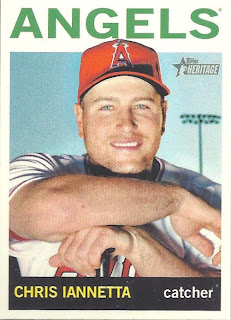 Chris Iannetta – “Hey ladies.  I’m Chris.  I play a little ball.  Gotta nice smile.  What ‘cha doing later? Yeah, I’m penciled in to be the starter this year.  Time for you to get on this bandwagon.  Call me..” 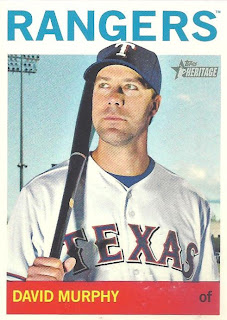