Well, at least we know now what will derail this project – back-to-back 12 hour days at the office.  Fridays and Saturdays are fun at the hotel folks!  Especially when it’s a sold out night.  Well enough about work time to get back to the cards.  This is going to be a quick one (that’s what she said). 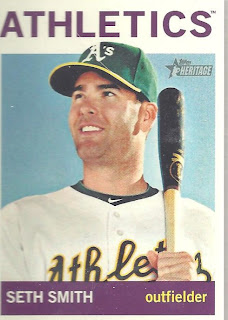 Seth Smith – Didn’t he hit a bunch of home runs for the Rockies during their miracle run a few years ago?  Now he’s in Oakland you say? OK. 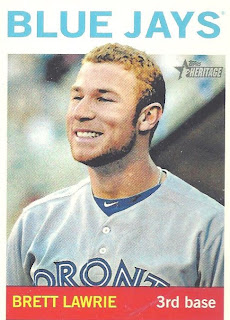 Bret Lawrie – Smiling like someone just told a fart joke. 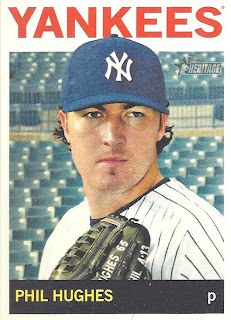 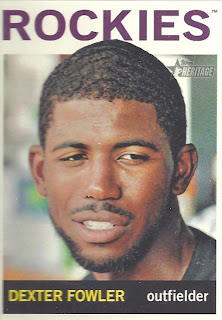 Dexter Fowler – Not gonna lie, he looks like he’s been sitting in the dugout with Dave Parker. 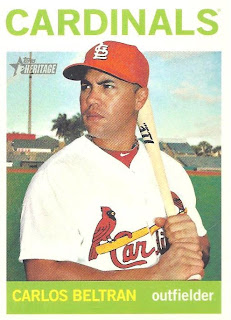 Carlos Beltran – Still  going after all these years. 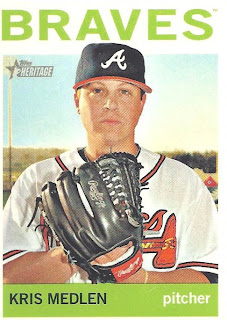 Kris Medlan – Don’t know him, but it’s another Brave in the pile for the Captain. 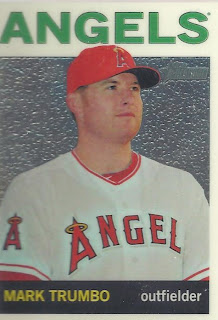 Mark Trumbo – Chrome-a-licous. Love the shiny. I wonder how many poor bastards are trying to put a full Chrome set together. 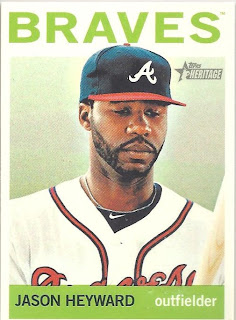 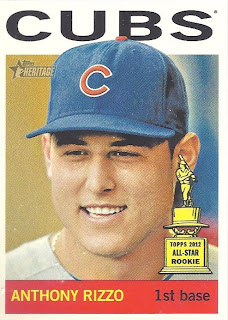 Anthony Rizzo – A quick Rizzo story.  My place of employment hosted the Cubs convention this year (talk about a fun weekend of work) and with the way we were laid out the players had to come in the front entrance and walk through the lobby to get to the elevators.  Needless to say the autograph hunters figured that out quickly and set up camp in our lobby.

Rizzo came back to the hotel Saturday night and was instantly besieged by a gaggle (flock, pride, school?) of autograph seekers.  As we were kind of worried about his safety and his annoyance level and him not being able to get to his room we went out there and asked if he wanted an escort to his room.  He politely declined and then spent the next 45 minutes signing autographs as he slowly made his way across the lobby.  Good for him.

Ha! I like using that Revolution No. 9 reference, too.