It's been a busy couple of weeks of trading as I try to get to my half-hearted goal of 100 trades on Trading Card Database by the end of the year. Some swapping of junk wax has netted me about 70 1991 Upper Deck cards, truly an underrated set, and a handful of other base needs.

In between baseball trades I did slide in a hockey trade with user SportsCardHunter in Ontario. In exchange for some duplicate Lightning cards I had listed he sent me a couple of Vincent Lecavalier cards.

According to TCDB they were the 272nd and 273rd unique Lecavalier cards that I have acquired. That's good enough for third among collectors at the site, but there is a bit of a gap between myself and the second place gentleman. According to their stats it also means I've acquired exactly 7.1% of the available Lecavalier cards they have listed. It may take awhile to get them all. 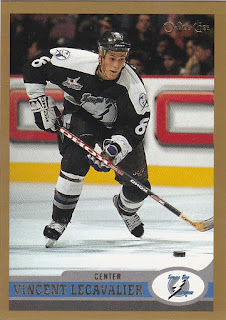 Look at him in all his rookie-year glory. The old-school uniform, the all-star patch, and most importantly the number 9 on his sweater. In his rookie year the now familiar number four was already occupied by Cory Cross. The defenseman would be traded after Lecavalier's first year and freed up the number and he went on to do great things with it.

The card itself is a direct parallel of the Topps base card from the year with the only difference being the logo on the top right corner on the front and on the bottom of the back of the card. 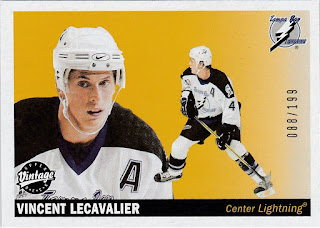 Welcome to Parallel City! Honestly, I didn't even know this existed until I searched through SportsCardHunter's cards available for trade (his original offer was a generous supply of Lightning cards, but I wanted some Vinny!). I don't have the base, but I'm assuming the only differences are the serial number stamped on the front and well....the green back...hence the name.

As you can see Vinny is now wearing the four that would be retired in his honor and also has an "A" on his sweater. That's not unusual for a young player who was drafted to be the franchise's savior, but what is a bit odd is that Lecavalier had already worn the "C"  prior to this season. In March of 2000 he was named captain of the Lightning. At the time he was the youngest captain ever in NHL history (since then he's been surpassed by Sidney Crosby, Gabriel Landeskog, and Connor McDavid).

Due to a contract hold out, some public and private confrontations with head coach John Tortorella, the acquisition of Dave Andreychuk, and the realization that it was too much pressure, too early in his career Lecavalier had the "C" removed from his jersey. It wouldn't be until 2008 and the departures of Andreychuk and Tim Taylor, that the "C" would return. He would wear it until his contract was bought out in 2013.

Thanks for the trade, SportsCardHunter!

A few days ago, Greg over at Night Owl Cards, an excellent blogger who I've traded with in the past published a post pointing out that it seems like there has been a general slow down in the trading card blog world. From people posting to people commenting things just seem to lack the frequency they did a few years ago.

While my card purchases may have been down a bit, ok a lot, I haven't given up on the hobby. In fact, I've probably been more active trade-wise then I have been in a long time. A couple of months ago, my ancient version of The Card Collector finally gave up the ghost. I booted it up one morning and the file that housed my collection was gone.

Now, a smart person would have backed up the file from time to time, but what on this blog has ever led you to believe I'm a smart person?  So I finally decided to load everything into Trading Card Database. Up to this point I'd listed just my hockey stuff and anything after 2014 (the last update I had for The Card Collector). Now, it's going to be everything...eventually.

It's a slow process, but hopefully by next year everything will be in there. In the meantime, I'm kind of surprised at the amount of trade offers I've been picking up with some of the junk era sets I've loaded up already. It's almost at the point where I'll have to set a limit on shipping or else I'll be spending more at the post office then I would be at a card shop (shipping to Canada ain't cheap).

The good news is that I'm clearing out a lot of duplicates and picking up cards I actually want. So, it's my intention to get back into regular blogging by posting the occasional trade.

First up deal: I sent a bunch of 2009 Heritage to Ryan0625 in Minnesota in exchange for him knocking out a healthy chunk of my 2017 Topps Update needs and a handful of 2018 Archives.He sent a total of 45 cards and here are a few highlights:


Were there Baltimore Orioles cards?


Yes, although at first glance I didn't think there were. 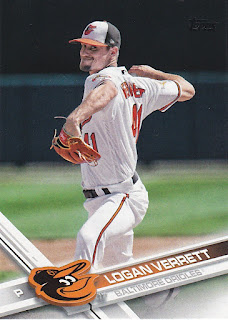 After all Logan Verrett's Orioles career was brief. The Mets draft pick was selected in the 2014 Rule V pick by the Orioles. He never had the chance to make their roster and was claimed off of waivers by the Rangers in April 2015. Verrett lasted a handful of games for the Rangers in 2015 before being returned to the Mets.

The Orioles purchased Verrett in the winter of 2016 with cash considerations and made the opening day roster in 2017. He appeared in 4 games in 2017 picking up 2 wins despite a 4.22 ERA (6.53 FIP!) He was optioned to the minors in June of that year and never made it back up. He spent 2018 playing baseball in Korea. 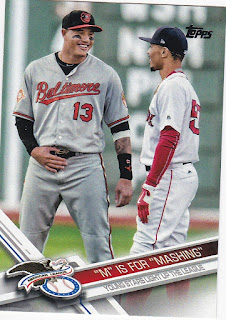 
The best card in the bunch: 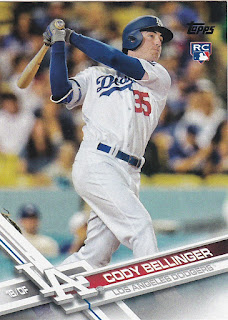 When I put the 2017 Update set on my list of sets to complete I didn't realize that Bellinger's rookie was in there. After all, in 2017 it was all about Aaron Judge. I was lucky enough to pick up a couple of Judge's in some hanger boxes and thought I was home free as far as semi-expensive cards. Then I saw Bellinger's card.

I wasn't sure exactly how I was going to pick it up since I didn't really want to buy it. I figured I'd leave it until the end and then figure things out. So it was kind of a surprise when it was included in the trade package.

It's nice having the last of the "big" money cards off of the want list.


Best player in the bunch: 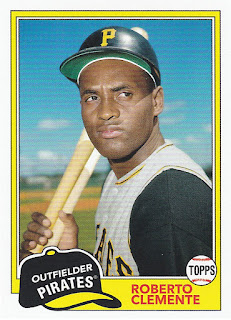 It was a pretty easy call, even with a Wade Boggs Archives also included.

So there ya go. The first in hopefully a semi-regular series of trade posts.
Posted by Justin G. at 1:25 AM No comments: