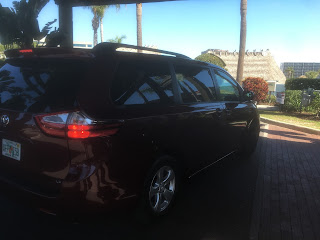 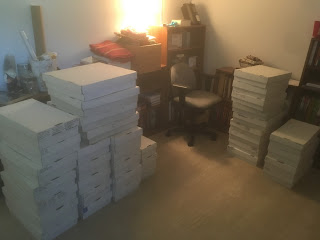 
If you’re interested in trading, leave a comment, email me (yerf@hotmail.com) or hit me up on Twitter.  Thanks for your help!
Posted by Justin G. at 9:51 PM 2 comments:


At a certain point in the fight, Gennady Golovkin’s opponents have to make a choice.  It’s not whether to attack or defend, to crowd him or to keep your distance.  Should I attack with a jab or try and counter with a straight right?  The choice is much simpler, which punch do I want to hit me?  It’s a question that really doesn’t have an answer.


A left hook from the Kazakhstan-fighter doesn’t just slow a boxer down or look nice on TV.  It ends fights. The first time it hits you, it takes your breath away and you know if he lands it again you’re in trouble. So you drop your right hand a little and turn away from that killer left hand.  It doesn’t matter, the next thing you don’t see is a right hand crashing against your temple and suddenly you’re on the canvas with an old man covered in your blood counting to ten.


Is Golovkin a perfect fighter?  No.  He has his flaws.  His defense, either by style or choice leaves a lot to be desired.  There seems to be a point in each fight, usually in the first couple of rounds, where his opponent lands a clean shot.  If Golovkin decides it won’t hurt him, he won’t bother blocking future punches.  Instead he bets that he can dish out harder than the other guy in the exchanges.


If the punch does register on his warning scale, he’ll proceed with a bit more caution.  Not much,but a subtle head movement or a quick shuffle of the feet to avoid the punch and then he counters. He could be a better defensive boxer, but where is the fun, where is the entertainment in that? American boxing fans want to see action, so Golovkin allows a few punches to sneak through before dishing out his own punishment.


It’s a good strategy to employ until you run into a boxer with one-punch power.  In his 36 fights, he’s yet to find that opponent.  Could Jacobs be the one?


Jacobs will be interesting opponent for Gennady Golovkin.  The New York native has power, it’s been 15 straight fights since a judge’s scorecard came into play for him. His pummeling of Peter Quillin in 2015 was one of the worst first round beatings dished out that didn’t end with someone on their back (the ref stopped the fight after a savage Jacobs’ right-hand left “Kid Chocolate” stumbling around the ring”).


If the victory over Quillin showed what he can do when he’s unleashing a whirlwind of punches, his second victory over Sergio Mora showed Jacobs as the relentless terrorizer, almost a carbon copy of Golovkin.  He stalked his prey, pointedly dishing out power punch after power punch, knocking Mora down time after time until the corner had seen enough.


Besides, after beating bone cancer and being told that he should never box again, what’s the big deal about an unassuming 165 lb. boxer? The affable Brooklyn-born boxer says he doesn’t fear Golovkin. After all, if Kell Brock can land combinations on GGG, why can’t Jacobs.  Unlike Brock, Jacobs has power behind those punches.  Possibly even enough force to stop the seemingly unstoppable middleweight terror.


The problem, and the reason he’s an 8-1 underdog, is even in his victories he’s shown a tendency to get hit.  After knocking Mora down in their first fight, Jacobs eagerly walked into a stiff right that sent him to the canvas. Part of Golovkin’s plan is to give an opponent enough hope to make a mistake.  Let him land a couple of punches, show him an opening and then counter viciously.


His knockout of Daniel Geale is a perfect example.


Geale was scoring with some punches throughout the round.  Right before the highlight started he clipped Golovkin with an uppercut.  Then Geale throws a right-hand that lands flush on Golovkin’s jaw.  The Kazakh absorbs it and drops his opponent with a short right of his own.


Fighters don’t shrug off Golovkin punches.  They can spend all three months prior to the fight talking about how they’re not scared of him, or that there is no fear in their heart, but until they stand in that ring and take a punch they have no idea what they’re getting into.  None of his opponents have ever claimed that Golovkin beat them with a “lucky” punch


Whatever happens tonight it is unlikely that the fight is going the distance.  The question for Jacobs is, can he absorb enough punishment to do damage to Golovkin. If he can walk through some of the thundering left hooks, he has a puncher’s chance of winning.  Unfortunately, that is a mighty big if.