Zistle Trade 92- Picked up Some O's

I fear this is turning into a “Look at Justin's trades” blog. Well, so be it. There will be more content in the future (promises, promises). For now, enjoy my quest to 100 (trades, don't thing I'm going to live that long). Here is trade number 92. Yup, skipped one, don't worry about it, we'll get there at some point.

Once again we go to Zistle. I reached out to user bdlehman18 for a quick PWE trade. For those who don't trade cards on the internet with strangers PWE stands for Plain White Envelope. When you're only trading a small amount of cards (usually 6 and under) it doesn't make sense to put them in a padded envelope and waste a bunch of money on shipping. Instead you use a regular envelope, some creative protection (usually cardboard) and hope for the best.

PWE can be frowned upon if you don't let the other guy know ahead of time. Or if you're shipping expensive cards. Luckily I don't any of those and Brian was ok with it. I dropped him a few extras I had (including a Goodwin Champions from a box that I had no valid reason for buying).

In return he sent the following: 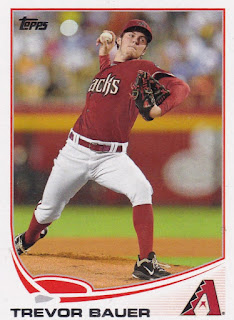 When you are putting a set together, not every card is going to be sexy. Sometimes you have to grind out the collecting and pick up cards that elicit exactly zero emotional response. Thus you end up trading for Trevor Bauer base cards. 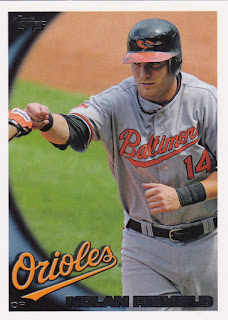 A double needed card! An Oriole card I didn't have and a card I need for the world's most annoying set – 2010 Topps. This is also, without a doubt, the most tentative fist bump of all time. Anything harder than a gentle whisper of a touch would land Reimold on the DL with a broken wrist. 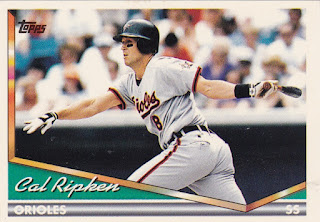 I'm sure I have multiple copies of this card in the Florida vault (i.e. my in-laws house) but I do enjoy this piece of junk era cardboard. It's the perfect use of horizontal framing as it captures Ripken's follow through completely without cutting off an arm or a bat. Well done Topps. 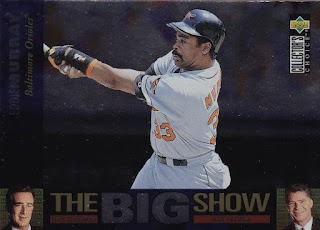 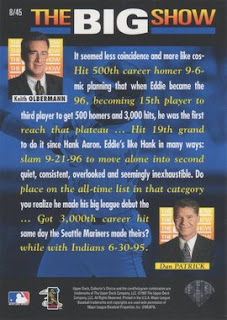 It took me a few seconds to realize that Upper Deck had mashed two different thoughts together and alternated lines. Why? Why would you do this Upper Deck?

Also, if you look you see that Eddie Murray is rocking the top hand batting glove in this photo. I'm sure this is only interesting to me, but it is the first thing I check out on any Murray card I add to my collection. I am so intrigued I think I'm ready to write him a fan-boy (well fan-middle aged man) letter asking him why the hell he would do that.

I've developed my first theory. Murray was one of the best switch hitters to ever play the game. You could argue that Mickey Mantle is the only one that was better. Even though he was dangerous from both sides it wouldn't be out of the ordinary for a manager to call a reliever in to switch him from left to right or right to left. So if Murray went to hit right-handed he only brought a batting glove for his left hand (most hitters if they wear only one batting glove wear it on their bottom “power”hand). If a manager called a right-handed reliever in to switch Murray around, maybe the slugger didn't like going back to switch batting gloves so he just rolled with it. 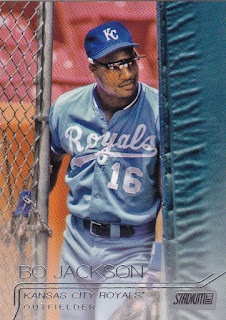 Aww yeah. Bo knows Stadium Club. Not the most action-packed shot, but it did make me wonder – Is this the same fence from Bo's slightly more famous 1987 Topps card? 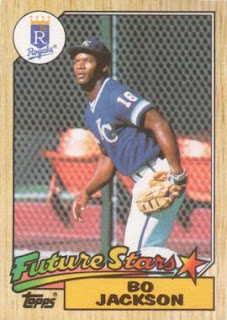 I will argue that Jackson's rookie card is one of the ten best cards from the mid-to-late 80s. Not quite the Griffey 1989 Upper Deck, but close. Damn close.

That wraps up another trade, just a few more to get to that magical 100 mark. 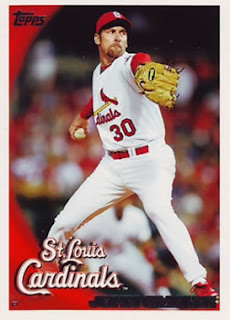 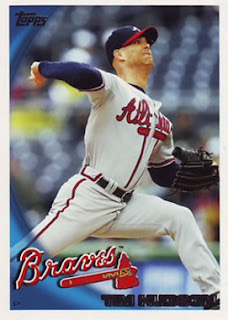 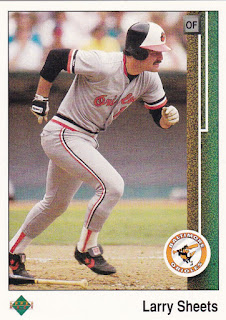 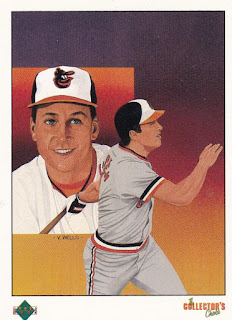 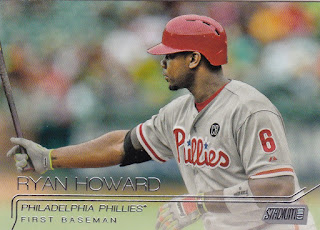 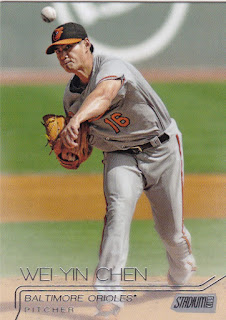 Thank you, as always, for reading.
Posted by Justin G. at 1:17 AM No comments: