I’m going to post this one early since I’m off to the doctor to have something scraped off my back.  A little unsolicited medical advice for all you kids out there – if you have a small bump on your back get it checked out before it gets infected and makes the doctor gives you a look that basically says, “You’re an idiot.”  How about that, an-anti drug message one day and medical advice the next? I should be getting a grant from the World Health Organization for this blog.  Anyway, onto the cards. 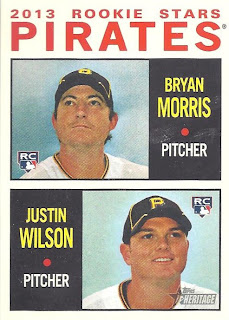 Pirates Rookie Stars – C’mon folk.  We all know there is only one Justin Wilson. What are they looking at by the way? 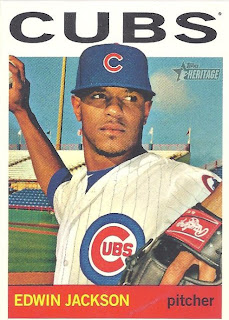 Edwin Jackson – The nice thing about photoshopped cards is that it is easy to change uniforms to reflect offseason changes.  Of course, by the time the season starts Jackson could be on another team. 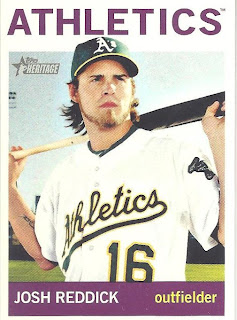 Josh Reddick – The bat over the shoulders pose is almost as badass as the pointing the bat at the camera pose. 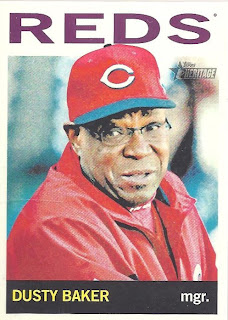 Dusty Baker – Aroldis Chapman throws 100mph? Not when I’m done with him. 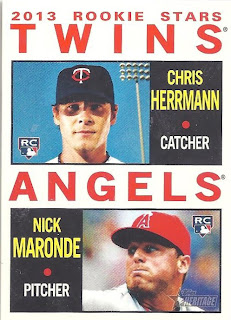 2013 Rookie Stars – No individual rookie cards for the Heritage set this year.  I like mixing things up like that.  After all, without double rookie cards the Bong Puffer card would have never existed. 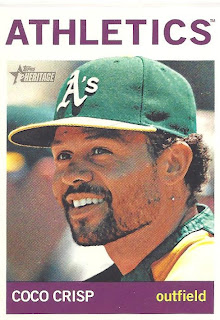 Coco Crisp – Any posed card that doesn’t feature his OscarGamble worthy afro is a wasted card in my opinion. 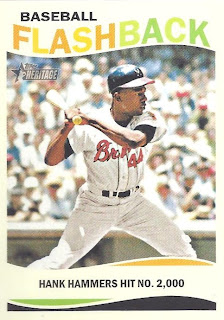 Baseball Flashback Hank Aaron – Body weight is leaning a bit forward, but the hands are still back. I’m thinking he roped this one into the gap for a double. 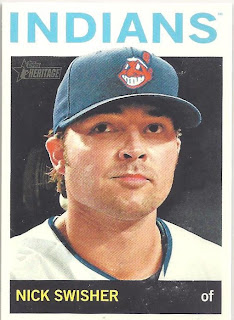 Nick Swisher – Is this really Nick Swisher? It doesn’t look like Nick Swisher. Can a logo photobomb a card? Cause it looks like Chief Wahoo is photobombing this piece of cardboard. 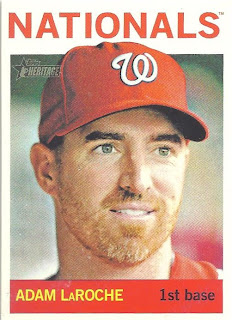 Adam Laroche – I’m sure Laroche is a nice guy, but I’ll never like him because he spurned the Orioles in free agency.  I’m not sure why that matters to me, because so so many free agents have turned the O’s down.  But let me be me, damn it.

Two days down and apparently only twenty-two to go.  I really thought there were thirty-six packs in a hobby box.  Silly me.

Leave Adam LaRoche alone! He's going to lead one of my fantasy teams to a championship. Oh, who am I kidding, he's going to end up sucking and I'll get behind you in the line to bash him.