Topps Heritage - One Pack at a Time

It is experiment time here at the Hopeful Chase. Yesterday I picked up a box of 2013 Topps Heritage from Elite Cards.  John was nice enough to hold it for me even though I was three day late picking it up. Instead of doing what I normally do – getting home and opening the entire box in less than 5 minutes and immediately experiencing buyer’s regret – I’ve decided to test my self control and your patience.  Over the next 36 days I will be opening one pack a day, and offering you my comments on each card in the pack.

I know it’s been done before, but then again hasn’t everything been done before?  However, I’ve never done it before. Heck, I don’t think an unopened pack has ever lasted more than 48 hours in my house.  So, with Saturday Night Live playing in the background, lets dive into Pack Number One. 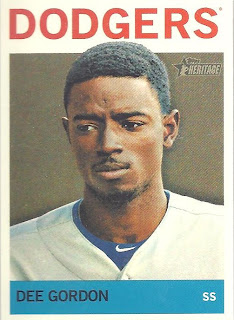 The first card of the year is a sad looking Dee Gordon.  As he only hit .228 last year I’m assuming Topps had plenty of similar photos to choose from. 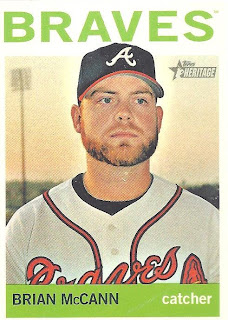 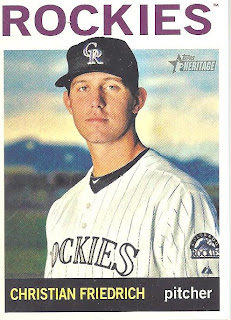 Christian Friedrich – The first of what I’m assuming will be many players that I don’t know who they are.  God I’m getting old. It doesn’t help that Friedrich looks all of 15 years-old. 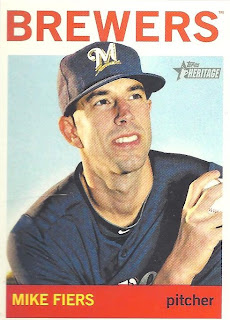 Mike Fiers- Welp.  That would be number two. I used to know everyone, even kids in the minors.  Now, I’m lucky to know the entire Orioles roster. 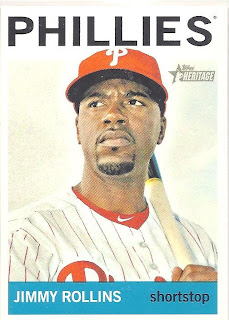 Jimmy Rollins – Now we’re back on track. For some reason I always think he’s a second baseman even though Chase Utley has been on the team almost as long.  I never said I was a smart man. 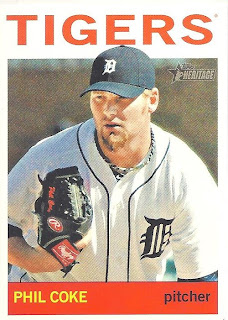 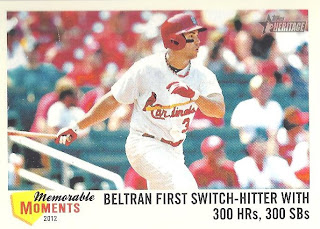 Carlos Beltran Memorable Moments – My first insert of the year!  300 HR’s and 300 SB’s.  Even though Home Runs and Stolen Bases are archaic stats by today’s standards those kind of numbers are impressive.  (Holy sh*t-snacks – a Two Wild and Crazy Guys cameo?  Wow, SNL). 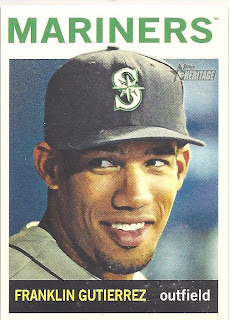 Franklin Gutierrez – How many years does someone get to be a “prospect”? 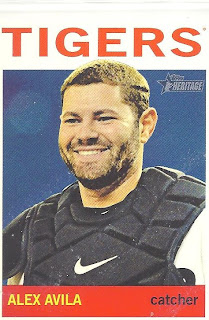 Alex Aliva – An alliterative name, I like it.  Aliva looks so damn happy here.

Best card of the pack – Beltran

awesome McCann... I'm still trying to track one down.

Shoot you are right. I just saved myself 12 days!

The McCann is yours if you want it. Along with any other Braves you need. I'm not chasing this set.

thanks pal... I'll be eagerly watching in order to shout,"Ohhh gimmee!"