When You Don't Pay Attention to Those Pesky Details

A few years ago, when I was in the middle of a pretty dumb idea that turned out pretty well, I stumbled across a Steven Stamkos card that I had no idea existed. It immediately became my goal to acquire one of these cards. As with all of my goals, my dedication to actually accomplish it has fluctuated. Mostly, I forget about it for a month or two and then something reminds me of the card and I do an eBay search.

At first those searches came up completely empty, but as of late there are some hits. None with the Stamkos, but Phil Kessel and Jeff Skinner cards from that series have shown up. One particular result peaked my interest. It was a complete set for the 2017 Upper Deck NHL Smashfest Promo Set Rare. The photo showed Patrick Eaves holding a trophy and the design was exactly like the one featuring Stamkos. Sure I was buying nine cards instead of just one, but that wasn't a big deal. It's a complete set! He is part of the set! Therefore he will be in the set! Logic!

I'd get my Stamkos card and then just sell off the others to make a little money back. It was a foolproof plan. Or so I thought.

I put in an offer and after a couple of days it was accepted. Payment went through around Christmas and I sat back and waited for the cards to arrive. While I was waiting I went back into the auction and actually read the details. The seller had posted the checklist in the initial description (which I hadn't bothered to read) and....there was no Steven Stamkos.

Quickly I realized that the 2017 set was the SECOND year that Upper Deck had produced a Smashfest promo set. Stamkos' card was included in the FIRST year. They used the same design to keep continuity, but it featured different players. Even the numbering system lined up. The 2016 set had 11 cards and this set started at SF-12. Bummer.

I don't regret the purchase, after all these are some neat cards to own. The question is, what do I do with them now? Do I keep them and try to put together the whole collection? Do I sell them individually? I busted them out of the cellophane in order to scan them. How do I log them? As far as I can tell the set isn't listed on Trading Card Database yet. Do I enter them as "Hockey Cards" or "Non-Sport Cards"?

So many questions.  In the meantime, since there isn't a lot of information on these cards, here's what was included: 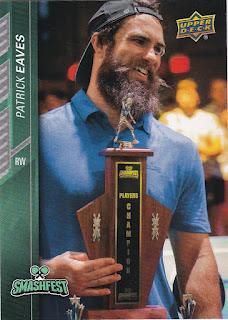 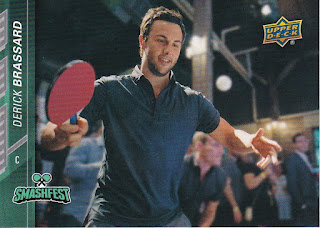 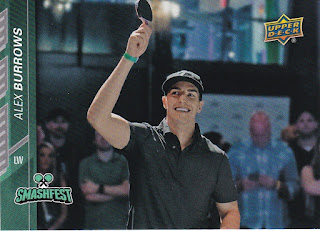 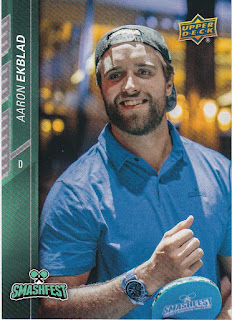 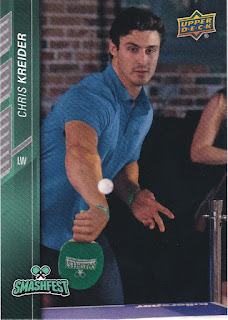 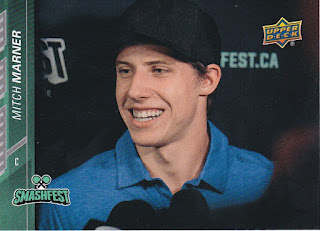 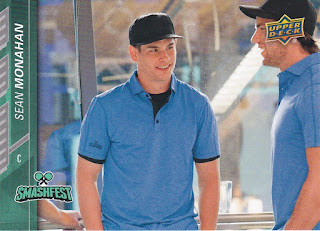 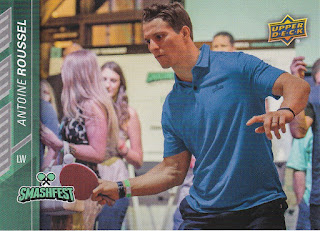 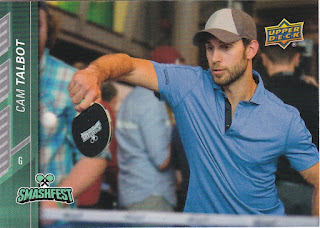 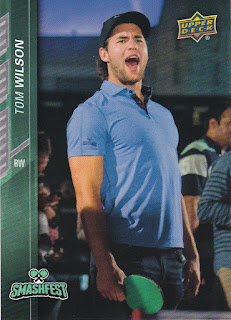 If you're interested in any of the cards let me know. If you have a Stamkos 2016 SF-7 card that you'd like to trade out DEFINITELY let me know.