Ahhh...the annual fall/winter trip to Canada. For the last two years, Hall of Fame inductions have transported me north of the border in early November. With no Lightning players getting the nod this year (and a trip to Sweden happening at the same time) I wasn't sure if I'd make it up there this year. However, over the summer, friend of the blog Link suggested a trip to Winnipeg (it was the last NHL city he needed to see a live game in). Without any other plans I hastily agreed.

Not wanting to visit the broad prairies of Manitoba in the dregs of winter (i.e. January and February when we usually go on our hockey trips) we settled on late October. Not only would that get us up there before the big snow, it would also get us there in time to partake in the one Canadian tradition I am most jealous of - buying hockey cards at Tim Horton's.

I love getting cards with my slightly-to-very-unhealthy fast food. I wish vendors in the States would bring them back. Some baseball cards along with a Big Mac is as American as a Big Mac and a triple bypass. I wrote about cards and carbs earlier this year and am excited to keep buying cards from that set. So when I know the cards are for sale at Timmy's I get excited.

For $1.99 (or $0.99 with purchase of a beverage) you get an exclusive three-card pack produced by Upper Deck. Unfortunately, it's a promotion not available in the States, so picking up some cards is always a challenge. Luckily for me, Link does some business in Canada and is usually up there in time to grab a few packs before they disappear.

This year, I was excited to be able to buy my own (and possibly some Tim-bits as well). So after a nice drive from East Grand Forks, Minnesota we crossed the border into Manitoba. Roughly ten minutes later we saw our first Tim Horton's and we pulled over. I picked up a total of three more packs to add to the stack Link had bought earlier in the year.

There are four Lightning players in the base set and sadly I didn't pull any of them. I did pull a red die cut insert of Stamkos in one of my last packs, but other than that my luck was as barren as the Manitoba countryside (seriously, it's a lot of flat farmland up there).

This isn't the pack with the Stamkos card in it, but is a pretty good representation of the average pack. 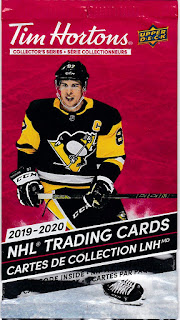 Crosby adorns the cover, and he usually does some commercial work for Tim Horton's.This year he and Nate Mackinnon ask some young fans how to make the game more entertaining. 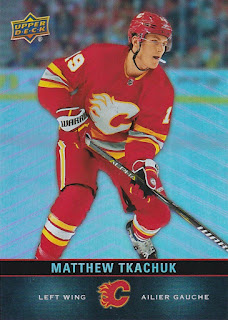 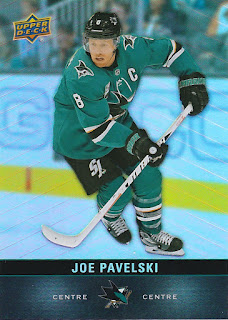 The base cards are nice and foily. They are also slightly embossed so there is a nice tactile feel to them. Nothing super fancy about the design and most feature the isolated semi-action shots that hockey collectors are familiar with. 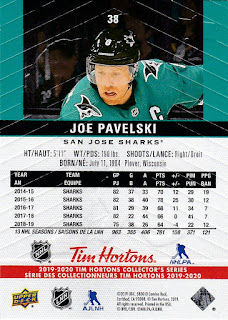 The back. A few lines of stats and biographical information. Always nice to see French and English on the back of a card, it reminds me of the old Score Canadian sets that I used to have be the truckload. 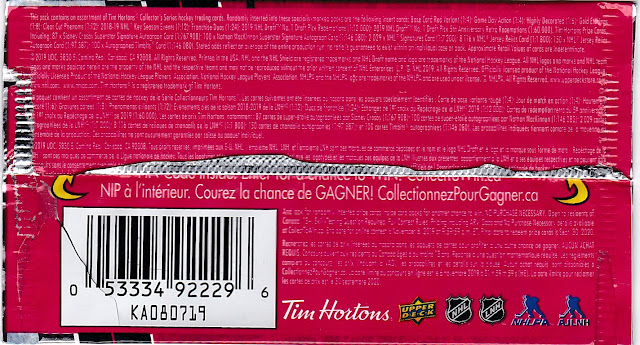 The back of the back shows the odds of the various insert sets. This year's release seemed to have a ton of them. I did pick up a variety of them including the red die cut inserts, a Jack Eichel Clear Cut Phenoms (which is nice an acetatey), a couple of Game Day Action cards, a couple of the Key Season Events cards, and some Golden Etchings. A fairly good representation of the inserts.

There are autograph and memorabilia cards as well, a few years ago I pulled a redemption for a Stamkos jersey card, but you have to have a Canadian address to redeem it and our ploy to make that work, didn't.

As for the insert in this pack: 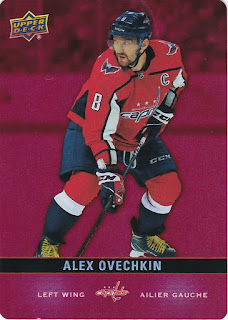 A red die-cut Ovechkin with a small ding on the bottom edge. A few of the cards had dings in them, which could have been from the fact I threw them in my carry on bag before opening them or they could have come like that from the manufacturer.  Who knows?

I hope to trade out some of the base I have for the Lightning cards, and I may put a few others up for sale, but if you're interested in any of the base cards, reach out to me and we'll see if we can work something out. Also, if you're in Canada and are collecting points with the codes on the inside of the wrapper, let me know and I can send you a bunch.