As part of the burgeoning quest to downsize my collection I started trolling wantlists for cards that would match up.  Early in my search I noticed Bo over at Baseball Cards Come to Life needed some 2008 Upper Deck  I had some duplicates from that set.  In fact I had quite a few.  So I sent him an email, he replied with an email and then I sent an email, so on and so forth.  I managed to put a decent size package together and thought, “Great - actually going to clean some cards out and get some space”.


Well, that kind of happened.


Bo happened to go out of his way to knock out almost my entire 2010 Topps Wantlist and throw in some additional cards as well.  So instead of subtracting cards from my collection, I actually added.  Whoops.  The good news is that since I already had a binder started for 2010 Topps, I still reduced the actual space my cards take up (how’s that for a justification?).


Here is a random sample of what came my way. 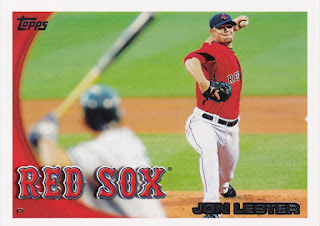 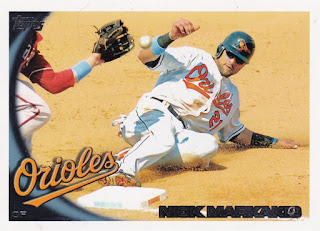 Like I said there were a generous amount of cards. In fact, I think the only ones he didn't send were ones I didn't realize I needed until I started to put the cards in the binder. My collation can be off sometimes. 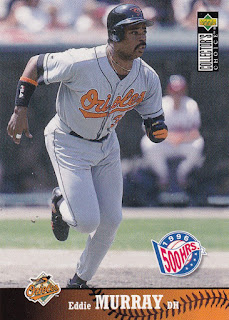 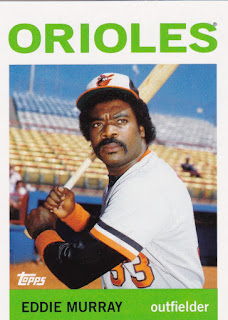 There were a couple of Dodgers-era Murray's as well, but why show them when I have Eddie in the sweet Orange and Black? Also notice the reverse batting glove use on the top photo. Eddie is signing at The National this year. I might buy an autograph ticket just to ask him why the hell he did that. 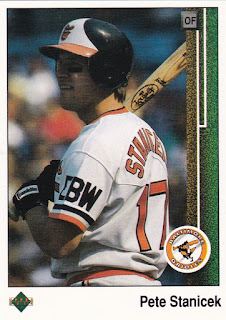 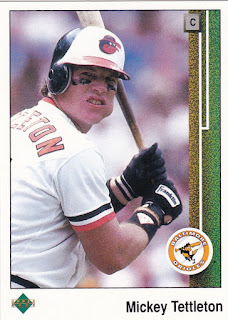 There was a good smattering of series represented, from Heritage to Opening Day and Upper Deck. The combination of the 1989 design and "Fruit Loops" with his big ol' wad of chewing tobacco made it a clear choice to use for the photo. Normally the framing of vertical photos isn't that great, but this one is pretty well laid out.

Bo also took care of my 1992 Topps needs. I'm pretty sure I can officially mark that set as complete so if there is anyone that needs cards from that set, feel free to drop me a line. Also, the same goes for 2008 Topps Allen and Ginter. If there is anyone looking to complete that nice set, let me know.

Thanks for reading.
Posted by Justin G. at 6:56 PM No comments: