Is it time to invest in a Steven Stamkos Rookie Card?

For the most part, values of hockey cards tend to stay fairly flat. While there might be a ton of fluctuation upon their release, they tend to find a level after a few months. Barring any career ending injuries or absolute overproduction of cards (Jaromir Jagr) a superstar player’s rookie card will slowly increase in value over time.

For the numerical break down read the rest of the post over at RawCharge.

So I missed my goal of completing 100 Zistle trades before the end of the year. It wasn't entirely my fault, there was about a month or so that the site wasn't accessible because they were “in the process of updating their SSL certificate”. Which is probably related to their recent purchase by Beckett. Well, recent as in 2016 is a recent year as compared to 2004.

There was an email blast/Facebook post by Zistle in November asking for feedback and comments while they were “reviewing the website and all of it's (sic) wonderful features”. At one point they replied to a comment saying that things once the holidays were over there would be an update.

Well, unless they're waiting for Valentine's Day, the holidays are over and still no update. So, even I, loyal since 2009 will start looking for other places to organize my collection. In the meantime I'll look for some older cards to help finish off sets and pick up random Orioles and Lightning cards while clearing out doubles.

I did finally get around to hitting the century mark last week in a small trade with user kjohnsonhp, a collector down in the Dallas/Ft. Worth area.

In exchange for some extra 2015 Topps I picked up the following new cards: 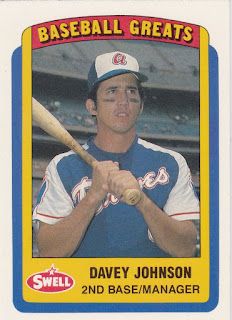 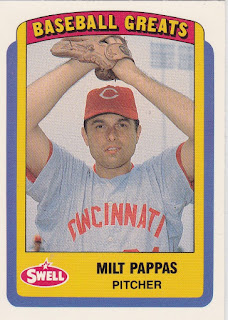 This is what happens when an update needs to be made to a set and no one is approving them. Both of these cards are listed as “Baltimore Orioles” cards. As you can see they are not. Johnson is repping his two seasons in Atlanta and Pappas his two seasons in Cincinnati. It is partially my fault for not clicking on the images, but hey, sometimes you get lazy. 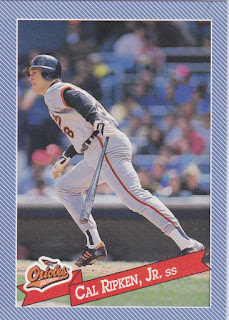 This cards is...well it has a border on it. And his name. And a team logo. That's about it. Probably one of the least interesting card designs ever released. How about we flip it over and see if the back is any better. 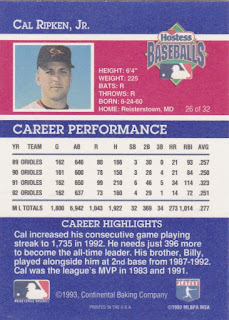 Actually it is. Some color, a nice head shot and some basic stats. 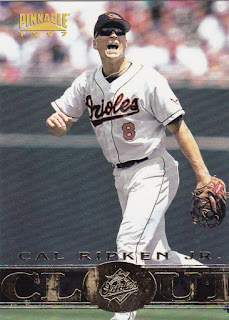 Another Iron Man card from the late 90s that I didn't have. There is a fairly large sized hole in my collection from 1994-1999 due to college (couldn't afford cards AND alcohol...I mean books...yeah books) so a lot of these cards are new to me.

At the point this card was released Ripken was 2381 games into his record 2,632 game streak and the Orioles were in the playoffs for the first time since his second year with the team. Ah 1997, the Armando Benitiz/Tony Fernandez game.


Who gives up a homerun to Tony Freakin' Fernandez to lose a playoff series? Oh look, it's Davey Johnson in the dugout. We've come full circle!


I'm in the process of checking out other organizing sites for my collection so that I'm prepared for the inevitable day when Beckett starts charging for Zistle. Anyone out there have any suggestions?
Posted by Justin G. at 7:27 PM 3 comments: