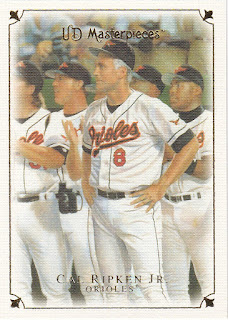 
It hasn't been a pretty start to the year, but it's been effective. Five games into the season and the Baltimore Orioles have won four times. The last two wins haven't exactly been masterpieces (see what  did there) but they have been entertaining. The Orioles opened their three game set with the Indians on Friday by blowing a 4-0 lead, but coming back to win 12-11 in extra innings with rookie Mark Williamson picking up the win.

On Saturday the offense kept rolling along. There are some echos of good ol' Oriole Magic at work. Saturday's hero was veteran Lee Lacy. He lost his starting outfield to John Shelby at the beginning of the season. Getting a start against Cleveland due to Shelby's offensive woes (one-for-fourteen) Lacy homered to lead off the top of the eighth inning to break a 3-3 tie. Then Shelby, inserted into the line-up as defensive replacement, homered in the ninth to extend the lead.

While the record is nice, there are some worrisome trends developing. The Orioles starting pitchers are muddling about with a 4.74 ERA and only one win. Mike Flanagan and Scott McGregor failed to get out of the third inning in their starts and Mike Boddicker was trying to pitch through a knee issue on Saturday. The bullpen has been surprisingly effective (except for the Friday game when no one knew how to pitch), but have been way too busy this early in the year.

Free agent Dave Schmidt worked four innings in the 7-3 wins just a few days after he worked 4.2 against Texas on Wednesday. It's rarely a good sign when a long reliever has more innings under his belt than half of the starting rotation combined. With closer Don Aase dealing with a little stiffness in his back the bullpen desperately needs a long outing from a starter soon.

Of course, they could just keep relying on an offense that is hitting .298 through five games. It seems Ray Knight is adjusting just fine to American League pitching as he's slashing .588/.682/1.799 so far in the orange and black. His partner on the left-side of the infield, Cal Ripken, Jr. is rolling along with 2 home runs already and a .391 batting average.

Things are going to pretty well. It looks like keeping Alan Wiggins on the roster is paying off. The DH/outfielder/infielder was able to fill in at second base in the absence of Rick Burleson. The veteran popped his shoulder out of place stretching in the dugout Friday night and wasn't available to play. Burleson doesn't seem to troubled by it, noting that it's something that he's dealt with since dislocating his shoulder two years ago.

Manager Cal Ripken, Sr. seems to pushing all of the right buttons so far in his first shot at leading the club, but if the starters don't get their act together soon, he's going to start running out of options. There isn't a lot of depth in the bullpen and things can turn in a hurry with the red-hot Milwaukee Brewers coming to town after the Orioles wrap up their series with the Indians.
Posted by Justin G. at 10:25 PM

A. That Masterpieces Ripken is awesome!
B. Totally forgot that Wiggins played with the Orioles.

Fuji - Wiggins with the O's this season is a pretty interesting story. I'll have a post about it at some point. Love the Masterpiece series, it's one of my favorite sets that Upper Deck has ever done.