Orioles Victory Card Number Seventeen (1987 Season Edition): This one is on the internet! 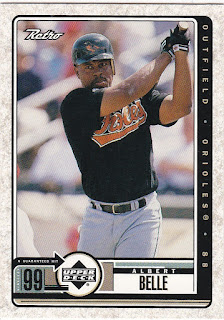 
One of the outcomes during this current sports pause is that a lot of folks have been hammering old games either through streaming services, network tv, or YouTube. Often those games are important games like Stanley Cup Finals, World Series games, or huge milestone games. What would be nice to watch are random midseason games where you may or may not remember the outcome.

Enter the May 16th game between the California Angels and Baltimore Orioles which is available on YouTube.


Why is this game on YouTube? Who the hell knows. It is the NBC Game of the Week which means we get an added bonus - Vin Scully calling the play-by-play!  [Extreme Barefoot Contessa Voice] How great is that? There was no real milestone achieved in this game (unless you count Jack O'Connor's first save as an Orioles as a milestone).

Joining Scully in the booth was Joe Garagiola who, for me, was always the voice of NBC's Game of the Week. Whether it was with Scully or Bob Costas, Garagiola seemed to always be there to provide insight. Scully was his usual sublime self, effortlessly weaving in the play-by-play with the occasional story, such as his digression about Ken Dixon and Mike Mason (aka the "Mason Dixon Line") facing each other on April 9th - the anniversary of the end of the Civil War. He was the best.

It's always fun to watch games from previous decades just to see how the coverage has changed. The most noticeable feature is the lack of things on the screen. No logo, no strike zone, no score, nothing. It's just the action on the screen. There aren't as many replays (although early in this broadcast they do show the collision between Ray Knight's head and Buddy Biancala's knee that knocked the Orioles' third baseman out of the line-up for a few games). There almost no stats shown and seemingly fewer camera shots.

Neither team was especially was especially good, the Orioles entered 16-19 while the Angels were 19-16. Nice an symmetrical, but not really worthy of a national broadcast. Baltimore was a tiny bit of a national story due to their recent home run barrage (spoiler, they hit two more) and Cal Ripken, Jr. having recently moved up another rung on the consecutive games played ladder. The Angels were notable only because their pitching staff had been decimated. Their rotation was Don Sutton, Mike Witt (who made the start in this game), and three rookies.

Other than that not much happens. It's a pretty routine 1987 baseball game.  Well, it did feature a slight delay when former Oriole Doug DeCinces, who was manning third base for the Angels, went throat first into a safety railing while chasing a foul ball. He stayed in the game briefly before being relieved by Jack Howell. Angels' manager Gene Mauch showed the level of concussion awareness that was prevalent in the late 80's when he told he L.A. Times after the game,

"He got hit right in the Adam's apple. He'll be all right. But he had some dizziness and blurred vision afterward, and that's when it's time to go."

Scott McGregor bounced back from a rough start and worked into the 7th inning while only allowing two runs. Ken Dixon came in to work that inning while Jack O'Connor finished off the final two innings to pick up his first save in an Orioles uniform. It was the lefty's third appearance since being called up and the first where he didn't allow a run. He hadn't been bad in his previous two outings, just making a couple of bad pitches. He had racked up 10 K's in 5 2/3 innings which would make teams super happy in 2019.

The offense came via home runs from Fred Lynn and Jim Dwyer. For the veteran Dwyer it continued a pretty amazing offensive turnaround from April. In that opening month he had 12 at bats with no home runs or RBIs. His name came up as a possible demotion or trade piece. Then he started hitting. Through 14 games in May he's slugged 5 home runs, driven in 9 runs, and played pretty much every game (mostly as a DH).

For the Orioles the two home runs marked the 9th game in a row that they have hit multiple home runs which is one off of record at the time, held by the 1962 team from Cleveland.