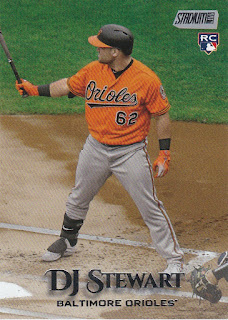 The Orioles headed into Tuesday night's game against the Royals on an eight-game losing streak and with only one win in their last fourteen games. Thanks to a Hanser Alberto home-run in the eighth inning and seven strong innings from Dylan Bundy, Baltimore snapped their losing ways with a 4-1 win over Kansas City.

Perhaps the most impressive streak that was snapped was the 25 games in a row the Orioles have given up three or more runs. Pitching was always going to be a problem for the team and that was before trading Andrew Cashner and seeing John Means hop on and off the injured list. The patchwork rotation has struggled to go deep in to games and the bullpen, from fatigue or lack of ability, hadn't been able to shut down their opponents. In several games the Orioles were close heading into the later innings, but the relievers failed to keep the other team off the scoreboard.

Tuesday's win was the complete opposite. Bundy turned in seven solid innings, scattering five hits (none of them left the park) and striking out seven. He turned it over to Hunter Harvey in the eighth and the rookie struck out two by mixing his 99 mph heater with a sharp breaking ball. The effort paid off when Alberto launched a 1-1 pitch into the Orioles bullpen. Mychal Givens worked an uneventful ninth to pick up his tenth save.

The previous two weeks were always going to be a tough stretch for the Orioles as they ran a gauntlet of arch rivals and playoff bound teams. While it would have been nice to pick up more than one win, it wasn't to be as they were thoroughly outclassed by the Yankees, Red Sox and Astros. Following this series with the Royals things get tough again as they face the Rays, Nationals, Dodgers and Rangers.

Most likely their won't be many more wins in the immediate future and the chances of them getting to the magical 60-win mark is getting slimmer and slimmer by the day. While it would have been nice for them to outplay the oddsmakers, just playing better would be a victory as well.

Another positive would be seeing more players such as Stewart getting more playing time. After a tough stretch that saw him have more trips to the injured list (2) than hits (1), the young outfielder might be finding his hitting stroke. Following his 3-for-4 debut on May 28th he garnered just one hit in his next twenty-nine at-bats.

He missed the next thirty-one games with a badly sprained ankle. Following a rehab assignment he was recalled earlier this month and promptly missed the next eight games with a concussion after he misread a flyball and it hit him in the temple. In the last two games he has collected four hits in his last eight at-bats and played a solid rightfield.

With Anthony Santander patrolling centerfield or leftfield on a nightly basis, two-thirds of the outfield for next season could be in place. It will be interesting to see if Austin Hays or Cedric Mullins get a chance once their minor league seasons are over. The kids are coming soon.

Harvey has been impressive in his two outings so far this season. He has struck out four and not allowed a home run (you chuckle, but for an Orioles pitcher to go more than an inning this season without giving up a bomb isn't a joke). He's touched 100mph a few times and sat constantly at 98+.

The Orioles are going to be cautious with their young arms so it's unlikely too many more prospects will be joining Harvey in the bullpen. Coach Hyde has indicated it is his preference to finish the season with the rotation as it is currently constructed, so that would indicate that they're not willing to pile on the innings for some of their higher ranked prospects in the minors.

It will be a long final month of the season, but hopefully there will be some small bright spots along the way.
Posted by Justin G. at 10:33 PM