I am a fan. I also write a blog. For the most part I try to keep the two separate. While I tend to write about the teams that I root for, I also try to keep a somewhat unbiased approach to doing it. If Zach Britton is struggling I will admit it (and he is- for some reason he’s pitching cautious). There are times when trying to keep my inherent fan-ness out of my writing leads to a struggle. Which leads to me deleting entire blog posts that I’ve dedicated an hour or two to writing. 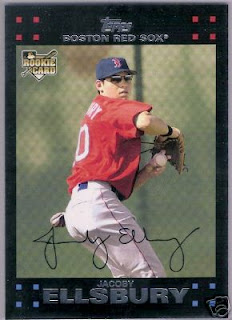 For instance, on Sunday night after Jacoby Ellsbury kept the Red Sox’s fading playoff hopes alive with a late-inning home run. Instead of enjoying a great sports moment I was fired up about the lack of speculation in the mainstream media about the possibility that his breakout season might have been chemically enhanced. I took to the keyboard and wrote out a two page diatribe about how irresponsible it was that no one was asking the question, about how it’s just like the 80’s and 90’s again where people were turning a blind eye toward ridiculous on-the-field accomplishments. In short, it was an indignant, unprofessional slam piece mainly fueled by my dislike of the Red Sox.

I didn’t upload it to Blogger, I kept it in my documents file and slept on it for a night. I also emailed a couple of journalists that I’ve communicated with in the past asking them what the repercussions of asking an athlete the simple, straight forward question “Are you on steroids?” Instead of blindly attacking their profession I wanted some input into how asking what I thought was an obvious question would affect their careers.

To a person they responded almost identically. Without hard proof it would be an extremely dangerous question to ask. A dramatic increase in home runs isn’t hard proof. A failed drug test is. Not only would it poison their relationship with the player and team, it would destroy their credibility in the industry as well.

Therein lies one of the main differences of blogs and mainstream media. Blogs, for the most part, can delve into the realm of speculation without much consequence. We don’t require “hard proof”. I can look at Jacoby Ellsbury’s career and see that he never hit more than 9 home runs at any one year in his professional career and question if his 30+ home runs this year are suspicious. I can also make snide remarks on facebook about “at least Brady Anderson hit double digits in HR’s before he hit 50) and there are no repercussions. If I was paid to write about sports I wouldn’t be able to.

The truth is, no one knows why Ellsbury is putting it all together this year. There could be several factors, from being healthy, to the stacked Red Sox lineup, to the fact that he is pissed off for being included in trade talks and seemingly written off by management.

When I watch his at-bats as an unbiased baseball enthusiast instead of as an Oriole fan, I notice that he is getting pitches to hit and driving them. I’m sure some numbers factory has the breakdown of what pitches he’s hit for home runs, but most of the ones I’ve seen are fastballs belt high down the middle of the plate or hanging sliders. It’s not like he’s breaking his bat and hitting the ball 400 ft. He is squaring up on bad pitches and driving them.

Unfortunately for Ellsbury, Jose Bautista and, to a lesser extent Matt Kemp, prolific offensive numbers are always going to come into question. It’s not their fault, but the fault of the previous generation of players. The alleged rampant use of performance enhancing drugs in the prior decades has jaded the fans against players.

Columnists might write that we’re in a “post-steroid” era, but that doesn’t mean we are, or should be in a post-steroid speculation era. Until the players agree to full testing, including HGH, then fans are going to doubt what’s going on in baseball. 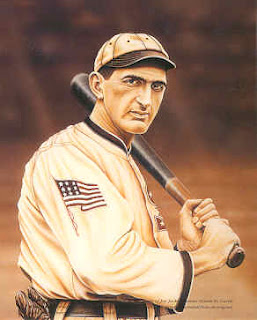 The restrictions that the mainstream press has to operate under are a good thing.
It forces them to make sure the story they are reporting is correct. It protects players from groundless speculation and unfounded rumors. If some of that burden of proof had been around in the early part of the 20th century perhaps we’d know for sure if Joe Jackson should be blacklisted from baseball instead of mythical tales of him “sayin’ it ain’t so”.

On the other hand, there is a place for blogs as well. Much like CM Punk has given voice to the voiceless, blogs can shed light on the issues that the Chicago Tribune or LA Times can’t touch. As for this blog, well I’ll keep delving into the important things, baseball cards and free things to do in Chicago.

We're at a point where NO ONE is above suspicion. Going from 8 and 9 in his first two full seasons to 32 is insane. If he hit 15 or 18, I'll chalk that up to putting it together, but not 32. Plus his SB were way down this year, which is also suspicious if you ask me.

Even a guy like Paul Konerko has to be questioned. His numbers keep getting better as he gets older. Since he's such a great guy they say he's become a "professional hitter".

Amen to the hockey Nick!