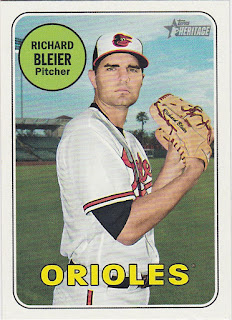 Thanks in part to some solid relief pitching and a clutch 2-run home run by Richie Martin, the Orioles took down the best team in the American League on Saturday. After potentially running into an out in the eighth inning that would have given them the lead, the Astros gifted them a run on an errant throw by shortstop Jack Mayfield.

Martin then gave them a cushion by blasting a 2-2 pitch into deep left field. Miguel Castro, who had come in to get the last out in the eighth shut down Houston in the ninth to end the game. Since the bullpen debacle on Tuesday in Arlington, the relievers have actually been pretty solid. In 13.1 innings they've only surrendered 2 runs (unfortunately they were both in extra innings and cost them a couple of wins).

That success could pay off later this summer as it might help GM Mike Elias pull in some more young assets. Right now the numbers aren't too pretty, in fact they are downright brutal to look at. However, it could just take a few weeks of continued success to change the market on players like Bleier (everyone loves a lefty reliever), Castro and Mychal Givens. While they won't bring back Zack Britton-esque returns they could bring in a few b-level prospects.

Castro in particular has looked sharp on this road trip. He's been throwing hard (he touched 99 MPH a few times) and most importantly, he's been throwing strikes. That type of electric stuff could make a team overlook the 5.35 ERA and 6 home runs surrendered in 33.2 innings. He's upped his K/9 (8.29 compared to a career 6.42) and lowered his BB/9 (3.74 compared to a career 4.40). Contending teams are looking for hard-throwing relievers who can strike people out.

Don't expect any blockbuster deals this summer, most of the heavy lifting was done last season. It's going to be more of an incremental built this summer. Maybe some international bonus slot money, some low-level prospects or the always popular "cash considerations" could be sent back the Orioles way.

What the moves will do is open up some roster spots for the kids down on the farm. If Bleier or Paul Fry get moved, that could open a spot for Keegan Akin to get some reps with the big club.

The recent run of injuries have also led to the possibility of playing time for position players. DJ Stewart and Dwight Smith Jr.'s trips to the IL led to Anthony Santander making his season debut (and a game-saving catch) and Stevie Wilkerson's return to the roster. If they are out for any real length of time, Austin Hayes could also see some time with the Orioles. Mark Trumbo's imminent return will complicate matters a bit in the short term future, but again, there are potential openings through the trade market.

Keon Broxton isn't exactly lighting the world on fire, but a team looking for outfield defensive depth and speed could be interested. Renato Nunez has shown streaky power from the right side and could be an option for an AL team. Should a contender lose a catcher in the next month or so, Pedro Severino has done all that is possible to entice a team to entertain his services.

So there are options, just not of the blockbuster variety.  I will post up a trade list at the end of the month for the potential chips that the front office has to work with. In the meantime, it's nice to see the Orioles hanging with some of the better teams in the American League. Overall, they are playing a little better which should lead to a few more of these posts (and a better shot at that over 59 wins bet).

Nice win for the O's, against a team that was in their shoes not too long ago. That would give me hope for the future. And the catcher they just drafted looks like a star.

Chris - It is wins like last night's that give a little glimmer of hope for the future. Hopefully, they sign Adley quickly (unlike the last time they drafted first overall). If he succeeds at rookie ball, he might be able to join the rest of the prospects in Delmarva by the end of the summer.