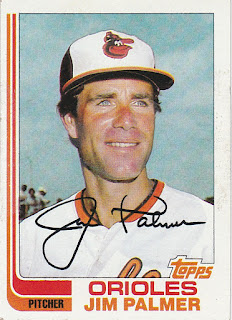 
It's hard to find any positives in a ten game losing streak. I guess it does free up some of my time as I don't have to sit in front of a computer and write a post about the Orioles winning. Also, it gives readers time to check out the other 21 posts in this series. Let's see...yup, up to dozens of page views on my previous posts. Huh, who knew that most of my traffic came from Twitter? Oh, well, still not enough of a valid reason to go back to that platform.

The Orioles snapped their latest losing streak by staking their starting pitcher (Andrew Cashner) to a big enough lead that even  their struggling bullpen couldn't blow it. They also played some pretty nifty defense along the way highlighted by a Richie Martin play that makes you hope he can hit at least .230 in the majors to justify playing him every day.

To add to the "fun" the Orioles put one of their lone bright spots in the rotation, John Means, on the Injured List and saw our lord and savior Trey Mancini miss a few games after getting hit on the elbow. Luckily for our sanity, Mancini only missed a few games and was back in the line-up for the victory.

Dwight Smith, Jr. was also back following his stint on the Injured List after he was hurt in Texas just as the losing streak was getting underway. In the three games Smith has played since his return the Orioles have scored 8 or more runs in two of them so it's obvious that he is the key to their offense.

While this may be the darkest of timelines for Orioles fans, it looks like the franchise is at least starting to make decisions on players. Joey Rickard was designated for assignment recently and eventually signed by the San Francisco Giants thus ending his tenure with the Orioles. The Dan Straily experiment seems to have ended with his DFA

The Straily signing back in the spring made sense. He was a veteran coming off an injury who could soak up some innings, maybe build a little value and return a fringe prospect in the summer.  That was the plan. The plan didn't work. Straily gave up five runs in 1.1 innings of work in his debut against the New York Yankees and somehow things got worse.

A couple of decent outings got his ERA down to 6.75 by the end of April, but since then it steadily rose regardless of if he was pitching from the bullpen or as a starter. In his last two outings he pitched a total of 3.2 inning and gave up a staggering 7 home runs and 13 earned runs.

The goal of this season is to survive it. Maybe find a couple of diamonds in the rough, but more importantly buy time for the kids on the farm to get better. Hopefully there aren't too many more 10 game losing streaks on the way, in fact a two or three game winning streak may be nice even if it does require me to log into this site on a more frequent basis.

Why the card of Palmer? Well, because it's not too often you hear him get a little choked up like he did last night after some members of the team had a replica 1969 jersey made up and presented to him. Nice gesture from the players to one of the greats.
Posted by Justin G. at 11:37 AM

Very cool Palmer card, and a very nice gesture by the current O's. I met Palmer at a card show signing about 10 years ago. He was very nice (and looked way too good for his age) and his signature is sharp, too.

He has a bit of a polarizing effect on people that listen to him, but I really like him. He's honest and gets along great with Gary Thorne. One of my few autograph requests was not getting Palmer to sign a ball in Sarasota one Spring Training because I was in a hurry to beat rush hour traffic back to Clearwater.