An Endorsement Offer to Steven Stamkos

Hi.  How is your summer going?  Probably a lot better after cashing that big check, am I right?  Let me start by saying, thank you.  On behalf of myself and all the fans of the Tampa Bay Lightning, thank you for choosing to staying with the only NHL team you’ve ever played for.  Choosing to stay in Tampa instead of chasing fortune in Buffalo or glory in Toronto means a lot to the fans.  Not to go all Sally Field on you, but it’s nice to know you like us.

Personally I think you made the right choice.  Your legacy in Tampa is secured and you have an excellent chance of winning at least one Stanley Cup during your contact.  Heck, after 8 more years in Tampa, setting franchise records and winning a Cup or two, then maybe it will be time to head home to Toronto.  You’ll still have a chance to be a hero because I’m sure they’ll still be chasing their first championship since 1967.

That’s all in the future though.  Let’s talk about right now.  One of the big “drawbacks” to re-signing in Tampa that was bandied about over the last year was that you would be losing out on endorsement money by playing in a non-traditional hockey market.  If you were to sign in Toronto everyone from Tim Horton’s to Maurice’s Maple Sugar Shack would be handing you scandalous amounts of money to hock their various wares.

Who can forget this text from beloved Toronto Sun columnist Steve Simmons:

Obviously you weren’t swayed by unlimited amounts of Canadian Tire money and signed the deal to stay with Tampa shortly after this Tweet was posted.  I’m sure it was hard to turn down free tires for Bugsy’s old Mercedes, but you did it.

Even with the perceived handicap of playing in Tampa I see you still do alright with the endorsement money.  Forbes had you pegged at about $1.5 million a year with your deals with Nike/Bauer, Tissot watches, EA Sports and Coca-Cola).  While it doesn’t seem like much it does make you one of the top earners in the NHL.  Unfortunately, being a hockey pitchman isn’t quite as lucrative as a tennis pitchman (Roger Federer $58 million) or a golf pitchman (Tiger Woods $50 million and Phil Mickelson $44 million), but it does pay for a couple rounds of golf a year. 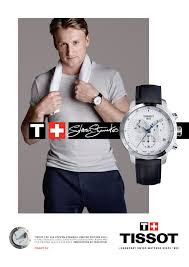 It speaks a lot to the niche market that your sport belongs to when the top endorser, Sidney Crosby, is only pulling in about $4 million a year in endorsement revenue.  Not that that is money to sneer at. Personally I’d sell my soul for an extra $25,000 a year (any advertisers out there reading, please feel free to contact me. You too could reach dozens of readers a week by advertising on The Hopeful Chase!).  However, it is a small enough amount to make me wonder if it was a factor in your decision making this off-season.

You said all the right things about what factored in to you staying in Tampa.  The chance to win, to finish what you started and to stay with a core of young exciting players.  I’m sure the extra year and mostly state-tax free $6.5 million  didn’t hurt, however.  As much as we want to think money isn’t a factor, this isn’t the 1950s any more.  Players aren’t working second jobs in the off-season to make ends meet.  Also, unlike the majority of the working force in world, your earning years are limited.  I can stand at a bell desk in a hotel for the next 20 years, you may only have another 10 years or so to make as much as you can.  Leaving money on the table to re-sign in Tampa is a pretty strong sign that you do really appreciate the life and career you’ve built with the Bolts. 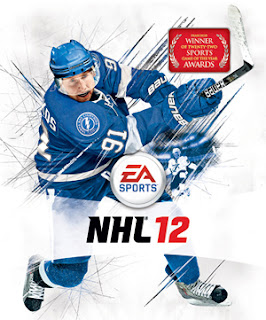 As a thank you for signing with the Tampa Bay Lightning, I’d like to help you catch up to the Woods, Federers and Crosbys of the world by offering you an endorsement opportunity. I, Justin G., will pay you, Steven Stamkos, $5.00 a year for the rest of your life (or my life) to endorse the Hopeful Chase. That’s not all.  If you agree to the deal, you will also receive a signing bonus of a $15 gift card to Argo Tea payable every year you play your first game in Chicago while you‘re in a Lightning uniform.

All you have to do is like one Hopeful Chase related Tweet a year (we all know that you know how to like Tweets) and conduct one post-game interview wearing a Hopeful Chase t-shirt (t-shirt to be designed if/when Stamkos signs on the line that is dotted). That’s it.  Such minimal work for such a lucrative deal! I won’t even make it exclusive, feel free to endorse any other poorly edited blog you want.

You don’t have to make a commercial where you have to shoot a lot of pucks at stuff (Gumball!). Or have your “dad” trade you.  Now if you want to make a tear-jerker expanding on the heartbreak in Quebec City, we can talk about it.

Just a Tweet and a T-shirt and there is a free sawbuck in your pocket for the rest of your life. Talk about it with Don Meehan and the rest of the team at  Newport Sports Management and get back to me when you get a chance (DM @TorchRamrod or email me).  There is no need to hurry, this is an open-ended deal.
Posted by Justin G. at 2:10 PM

Man, Steven would be a fool to pass this up. With just this one endorsement he can push his number all the way up to 1.500005 million!

If I wear a Stamkos mask, can I get that fiver?

I would to buy shares in the Stamkos Corporation. Are you listed on Wall Street?
I am certain it will apy dividends because not only are you a Super Star but a savvy business
guy. And ALL Lightning fans are happy world over now that you elected to remain in Tampa.
Thanks for eight great years and with J Drouin et al you will make history in the near future.
The Lightning will be forced to retire "91".