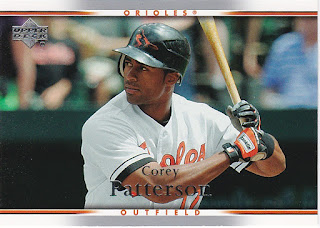 For the first time since April 11th, the Baltimore Orioles didn't lose two games in a row or more after a win. They end April with a record of 8-20 which leaves them 12.5 games behind the Red Sox. Of course, General Manager David Duquette isn't quite ready to blow the team up. He's giving them until Memorial Day (where they could be 20 games out!) to see what kind of team they are.

Their 5-3 victory over the Tigers on Sunday was their second win in three nights. It was also the second time in three nights that Pedro Alvarez hit two home runs. Alvarez now has six home runs for the season which is good for second on the team behind Manny Machado. He's done all of that in only 59 at-bats .

He also started at third base. That meant that the Os defense was:

That's...that's not what we were expecting when the team rolled out of Sarasota at the end of March. Injuries have played a huge factor in the changes, Jonathon Schoop and his messed-up oblique are the biggest hole that has to be filled, but Alvarez was only starting because Danny Valencia had a hamstring problem. So the back-ups are getting hurt now, which really cuts into a team's depth.

It also gives other players an opportunity.  Jace Peterson is one of those players. The former first-round pick was picked up off of waivers a week ago to fill the utility role after Schoop was hurt. He may have played his way into a permanent utility role, not by hitting a ton (he has 3 hits in 18 at-bats) but by doing pretty much everything else. Despite only having three hits he has driven in four runs and stolen three bases while playing flawless defense.

All three bases he has stolen have been third. Once on a double steal and twice off of the pitcher. With both Detroit and Tampa playing the shift against Chris Davis, Peterson gambled that he could beat the pitcher to the bag and in both cases he was correct.

Hopefully, more players take advantage of this play. If the team is going to give you a free base - take it. Heck, then maybe Davis can bunt him in on the next play and start picking up some cheap RBIs.