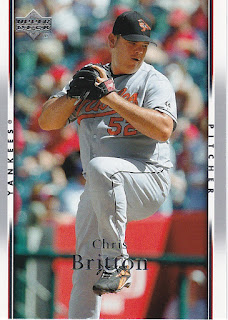 
The Orioles picked up their first win at home since Opening Day and didn't need extra innings to do so. That was nice. Kevin Gausman was the winning pitcher as he went 6 innings allowing 3 runs and striking out 7. It was his longest start of the season and lowered his ERA to 6.60 That might not be an impressive number, but considering it was at 13.50 after his first start, it's a good sign.

Honestly, the pitching really hasn't been the problem this season. While I'm not ready to throw this rotation out against the 1971 Baltimore rotation, they haven't been horrible. Dylan Bundy is on his way to becoming the first Cy Young finalist to not win a game in a season, Andrew Cashner has turned in a couple of decent starts and Gausman has improved. Now Chris Tillman and Mike Wright, Jr have been gas cans in their first couple of starts, but one of them should be booted to the bullpen once Alex Cobb makes his debut on Saturday.

If only they could get the offense rolling on a consistent basis. The team is near the bottom in average and on-base percentage and middle of the road when it comes to runs (but a top-5 team in home runs). They've been held to 2 or fewer runs in 6 of their 12 games, including just one run in each of he previous two games against Toronto.

Their bullpen, normally a strength of the team, hasn't exactly been lights out either having blown four save opportunities out of seven and walking a ton of hitters. Hopefully, with Cobb in the rotation the starters can begin pitching deeper into the games and lighten the workload for the bullpen.  Of course, that's something we hope for every year and have yet to see it happen.  But it's still April so we can still dream.
Posted by Justin G. at 12:03 AM