Did I Watch Live:  Yes
And You’re Just Posting Now:  Busy Week.
Where are the rest of the posts: They’re written, just not posted.
Why Not: I’m traveling and they’re on the other laptop.
The Cloud, man. You should put that stuff in the Cloud: I know

Not really a play, but the fact that they called up pretty much the entire Syracuse Crunch roster and then healthy scratched half of them.  I know you need warm bodies, but they really handcuffed their number one affiliate. Luckily, the walking wounded are starting to come back.

My God, what a relief that game was.  Five goals, two power play goals, Stamkos and Kucherov scoring, Jonathan Marchessault scoring! Brian Boyle scoring! Everyone scoring!  And Ben Bishop with a shut out on his birthday!  What a great story.  Should I worry that I’m getting way too excited about a win over a team that may or may not be good?

Another reason not to worry - the Lightning were the better team for most of the game. While they might not have generated a ton of shots, they did do a great job of not getting frustrated by the Ducks physical style of play and making the most of the opportunities that they created.

One of the skaters creating opportunities was Joel Vermin.  The third round draft pick who was called up due to the rash of injuries that has decimated the forwards of the Lightning has played extremely well in his first two games with the big club.  My 2-cent analysis is that he is strong skater who is responsible with the puck and has enough offensive gumption to rack up a couple of points.  He looks to be built in the same mode as JT Brown (without the awesome highlights).

Ryan Callahan made his return to the lineup, and while he wasn’t at his Callahaniest he did look comfortable playing with Stamkos.  I think even after the squad is back to full strength you might see a line of Stamkos, Callahan and Vlad Namestnikov (with the happy side effect of reuniting the Triplets!).  The Russian Bieber has looked very, very good as Stamkos’ linemate and I have a feeling that pairing will be sticking around for a while…well until Stamkos is traded to Toronto.

Oh and by the way.  Searching “Russian Bieber” leads to this wonderful story.  Germans may love David Hasselhoff, but Russian bears apparently don’t like Justin Bieber. 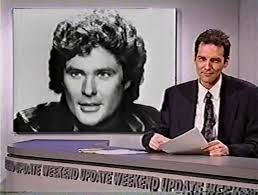 So the Lighting have two wins in a row (including one against a team with a winning record!).  Ryan Callahan is back and it sounds like Tyler Johnson might be back for the game against the LA Kings.  The team scored five goals while not sacrificing their defensive shape.  Perhaps things are starting to get on track for the team.

Random NHL Thought I’m posting instead of the JoVsJohnny gimmick:

Sidney Crosby has 11 points in 20 games this season for the Pittsburgh Penguins. He’s projected to score only  45 points and finish at a ungodly -37.  People are worried about him.  People are writing him off.  I like to think that he is spotting the rest of the offensive players in the league 20 games.  If he stays healthy for all 81 games I’m pretty sure he’ll be in the top five of scoring.