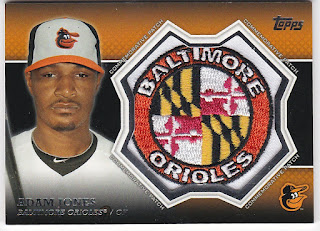 Well, that was a tale of two games wasn't it? In the first game of their day/night doubleheader the Orioles were waylaid by the Red Sox 19-3. Starting the day with a depleted pitching staff, it only got worse when Ryan Meisinger couldn't work his way out of the first inning, giving up five runs on four hits and a walk.

A cavalcade of ineffective relievers (with Donnie Hart being the lone exception) followed until the early game was capped off with position player Jace Peterson mopping up. He picked up a strikeout (a new career low for Christian Vazquez) before surrendering four runs.

So there was most likely a little trepidation as the team took back to the field later in the day to face a Red Sox team that had racked up 19 runs and beaten them sixteen times this season already. Oh, and potential Cy Young winner Chris Sale was on the mound as well.

Yet, this makeshift line-up somehow perserveared. A couple of hit batters and a timely Trey Mancini triple opened up the scoring in the first inning. Then, despite having the Red Sox come back twice to tie the the game early on, the Orioles found some way to keep scoring and, more importantly, prevent Boston from adding runs.

Jimmy Yacobonis maintained the damage for the first three-plus innings while left-handers Tanner Scott and Paul Fry worked the back half of the game with Fry picking up an old-fashioned three-inning save.

Wiley veterans Adam Jones and Mancini were the offensive stars as they went a combined 5-for-7 with 3 runs scored and 4 driven in. Just about everyone in the line-up contributed a few hits or runs scored in what was truly a team effort.

Even when it doesn't mean anything (other than a blow to Sale's Cy Young effort) it's always nice to beat the Red Sox. Now the Orioles limp home to finish their season against the Houston Astros for a four game set against the AL West leading club.

Much like the series against the Red Sox, these games mean nothing in the standings as Houston has wrapped up it's division title and is ensconced as the number two seed in the AL. The Orioles have locked in the worst record in the league and, at this point, probably just want the season to end. Really, the only drama that remains is if Chris Davis will get any at bats (and how will he be treated by the fans) and what kind of send off Adam Jones receives if this indeed his last home stand with the ball club.

Hopefully, Jones will hit at least one more home run in front of the fans so that he can trot around the bases and tap the Orioles patch on his sleeve one more time. Heck, even if he doesn't hit one out, it would be nice if he took one more lap around the bases after the game on Sunday.

Soon this season will mercifully be at an end and the real work in rebuilding the reputation of this ball club can begin. There is no doubt that at some point, maybe not soon, the Orioles will return to the top of the standings, but on a cool, cloudy afternoon in Boston, with them trailing by more than two touchdowns, that point seems a long, long way off.