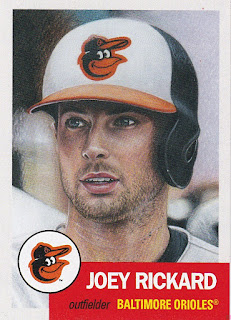 You're welcome Tampa Bay. The O's victory on Thursday night helped the Rays pick up a half game in the wild card standings. They now stand 8 games back with about two weeks to go in the season. Do they have enough time to catch them? Possibly. The two teams go head-to-head this weekend and if the Rays emerge on Sunday only down 5, it could get interesting.

That's enough about winning teams. Lets focus on the Orioles who win once every week or so these days. They did get a nice start from Dylan Bundy, as the "ace" went six innings for the first time since August 4th.  He still gave up a home run, because that's what Dylan Bundy does, but did strike out eight Athletics which is a good sign that maybe he's starting to get the feel back for his pitches.

The win could be a template for a host of 2019 wins for Baltimore. Bundy pitches well, Cedric Mullins and Jonathan Villar score runs while Mychal Givens locks down the game. Chris Davis had a day off as did Adam Jones (again).

The Jones saga is ending sadly.  Unless he is physically unable to play, he should be in this line-up. Using the "take a look at the young guys" is a poor excuse when the guys you are looking at are Joey Rickard and John Andreoli.

Rickard is 27-years-old and has 265 games of major league experience. The Orioles know who he is - a 4th outfielder with a little bit of speed who only hits home runs against the Tampa Bay Rays (4 of his 8 HRs are against the Rays this season). He doesn't hit for average, doesn't get onbase and plays average defense. He's not going to change.

While Andreoli is new to the Orioles, he isn't new to baseball. At 28-years-old, the right-handed outfielder has been in the minors for 8 years and 773 games. While it's nice that he's finally getting a shot at regular major league playing time, it's highly unlikely that he's going to show he's an everyday player.

These aren't the players you rebuild around. They are spare parts. Benching an organizational legend in order to showcase role players isn't fair to Jones or to the fans. The Orioles have 10 home games left and there are going to be some fans coming to see Jones play as an Oriole for the last time. Do you think they want to see Joey Rickard flailing at a slider off the outside corner?

Jones has already ceded his position in centerfield to Cedric Mullins. That makes sense as Mullins could possibly be manning that position the next time the Orioles are relevant. Giving up actual playing time (in his free agent walk year nonetheless) for two players that might not be on the team next year is unforgivable.

He's staying the company man until the end. No good can come out of him speaking out against being benched. All it would do it sour the ending even more. He's better off keeping quiet and filing this away when it comes time to make his decision this winter. The team is almost doing everything they can to drive him to another organization in the off-season. They already tried to trade him, they've moved him from centerfield and now they've benched him. The only way it would be more obvious that they don't want him around is if they leave him off of the charter flight to New York next week.

It's obvious that GM Dan Duquette was irked when Jones invoked his 10-5 rights to refuse the trade to the Phillies. He might "respect" the rights Jones earned by staying with the Orioles for his entire career but that doesn't mean he has to like it. Is the reduced playing time retaliation for screwing up Duquette's grand plan of acquiring another utility infielder or AAA starter for his All Star centerfielder? No one will ever admit it out loud, but the way it's played out, it seems like that might be the case.

While Buck Showalter hemmed and hawed about "responsibilities" and "factors" when it comes to putting a line-up together the organization realized that there defense of watching the young prospects develop was a little thin. So they finally called up a legitimate prospect.

The O's finally selected DJ Stewart's contract. He's gotten one start in left field (a 10-0 loss) and pinch-hit in yesterday's victory. Even if he starts all the games down the stretch, the O's wouldn't lose anything by starting Jones in right field. He won't be taking at bats away from prospects.  Trey Mancini can play first or DH and the Rickard/Andreoli combination can spit sunflower seeds on the bench.

Give Jones a chance to finish out his Orioles career on his own terms. Let him play down the stretch (especially at home).
Posted by Justin G. at 11:57 AM