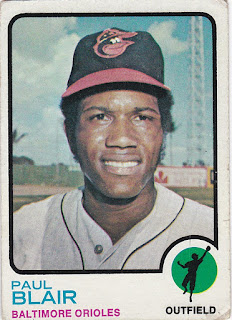 
In an entertaining game that featured not one, but two home runs that landed on Eutaw Street, the Orioles staved off tying the their franchise record for losses in a season. The 8-4 victory over fellow hapless team Chicago White Sox kept the Birds at 106 losses.  If they can win their next 13 games they will avoid sharing history with the 1988 squad that finished 54-107.

If that's not bad enough the loss coupled with the Red Sox victory left the Orioles 59.5 games out of first place and 24 games behind the Blue Jays for fourth place in the division.  The good news is that they start a three-game series with the Blue Jays on Monday night so they have a chance to cut into that deficit.

The other team to finish over 60 games out was the 1962 New York Mets, an expansion team that bungled their way to 120 losses. The San Francisco Giants finished with 103 wins to pace the Mets by 60.5 games.

Even missing out by 50 games is hard in the major leagues. The only two teams since 1954 to finish 50 or more games behind the pennant winner was the 1998 Tampa Bay Devil Rays (an another inaugural season) who lost 99 games while the Yankees won 114. In 1979 the Blue Jays lost 109 games and finished 50.5 games behind the Orioles (ah the good old days).

The O's win on Sunday also prevented them from tying the 1962 Mets record of 120 losses. The most Baltimore can finish with this season is 119 losses which would tie them with the 2003 Detroit Tigers (who finished "only" 47 games behind the Twins) for the second most losses. So, yeah, they got that going for them.

They also have Cedric Mullins going for them. The rookie had four hits on Sunday, propping his batting average back up to .276 and his on-base percentage to .354.  After a bit of a slump, the Orioles minor league player of the year appears to be finding his stroke again. He also had a nice play in centerfield to rob Wellington Castillo of a double.

After starting the month in 4-for-37 slump (.108) he has strung together a 4-game hitting streak that raised his average 20 points. The four hits he put together on Sunday weren't spectacular, but they were effective as he doubled in the left-field gap, smashed one off of the second baseman, got a generous call on a pop-up that shortstop Jose Rondon missed, and then slashed a ground ball past the drawn-in infield on the left side.  If he keeps spraying the ball around the field he is going to be a tough out at the top of the line-up for many years to come.

It'll be interesting to see if the Orioles keep playing him. He's rapidly approaching the 130 at-bats limit that would disqualify him as a rookie next season. Would they rest him down the stretch to give him  shot at being rookie of the year next year? At a 141 games combined between the majors and minors, he's also appeared in the most games in his career. That's a lot of baseball for a kid who started in AA this spring. He's also battled some leg issues over the last month or so, so keeping an eye on his playing time might be beneficial.

If he continues to improve, he could join Adam Jones, Brady Anderson, Mike Devereaux and the man pictured above, Paul Blair, as an iconic centerfielder for the Baltimore Orioles. Not a bad lineage to continue. Oh, and to tie the Orioles to that 1962 Mets team, Blair was originally signed by the Mets in 1961 as an amateur free agent. The following off-season the Orioles selected him in the first-year draft, an offshoot of the Rule V process, for $8,000.  Blair would join the team full-time in 1965 and become a linchpin for the Orioles dynasty of the 60s and 70s.  Not bad for a 13th round pick.