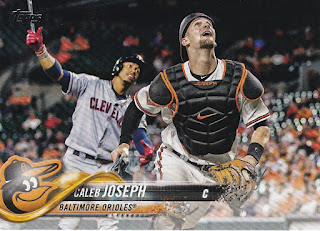 
The Orioles finished their season like they began their season - with a victory. Unfortunately, the wins were few and far between during their other 160 games this season. Three pitchers combined to limit the defending world champions to just one hit and a 4-run, 4th inning provided the offense needed to send Orioles fans into the offseason with a glimmer of hope.

It was a season of chaos for the Orioles and their fans. A makeshift line-up and last-minute rotation led to a slow start. Injuries came and went. By June it was obvious that the season was over. By July the team was dismantled with every possible positive asset moved for prospects or international bonus money. By August and September the seats at Camden Yards were half-full and the team on the field had a barely competitive mix of journeymen and prospects.

The only constant through the season was the losses. Nineteen losses in April and May, twenty losses in June, August and September. July was their best month as they sported a record of 9-16 (thank you All Star Break), but it was also the month that saw Manny Machado, Brad Brach, Kevin Gausman, Darren O'Day and Jonathan Schoop decamp for other teams.

Adam Jones didn't leave, at least not on that hot summer day in July. He chose to stick around for a few more months, endearing himself even more to the Baltimore faithful. On Sunday, however, there was a feeling of good-bye for the long time centerfielder. Before the game, a live video popped up on his Instagram account showing him walking around the stadium handing out signed baseballs and his extra bats.

The game began and he took the field, alone, sprinting to second base before realizing his teammates had stayed behind. Both dugouts and all of the fans in attendance applauded him as if it would be his last game ever. Each at bat for Jones was marked by even more applause as the fans tried their best to thank him his years of service on the field and in the community. While there is a chance he re-signs in Baltimore it currently felt like his time in Charm City had come to an end.

That's what this season was - an ending. A finale to the recent run of success from 2012 to 2016 that saw them win an average of 89 games a season and make the playoffs in three of those years including a trip to the ALCS in 2014. It was end to the Orioles career of their most talented player this century in Machado and now the end of their linear face of the franchise in Jones.

It is most likely the end of Buck Showalter's time in Baltimore as well. Managers rarely survive 115 loss seasons and it probably isn't fair to keep him around for the current rebuild. Showalter has success with veteran players, not rookies trying to learn how to play at the major league level. Better to not re-sign him and give him a chance to latch onto a job in Anaheim or a reunion in Texas.

As for Dan Duquette...well he started this rebuild, might as well keep him around to continue it if he wants to stay in Baltimore. Just make sure that they work out a proper chain of command over the winter so that eveyone is sure of their roles within the organization.

Hopefully, this is the low point for the organization. While next year may not be much better, it isn't likely to be worse. Heck, even a 100-loss season would be a fifteen game improvement which isn't too shabby. Those fifteen wins or more could come from veterans like Chris Davis or Dylan Bundy bouncing back to mediocre seasons, god knows how many wins the Os could pick up if they decided to have good seasons.

So, forget about this season. Move on and dream of better days.
Posted by Justin G. at 11:23 AM

Man I'm sorry your O's had such a rough season. Kudos to you for sticking with them-and writing every one of these 47 posts. Better days are ahead indeed. Maybe they will follow the Astros blueprint and build a winner from scratch. Just as soon as they dump that giant albatross Chris Davis. Yikes!