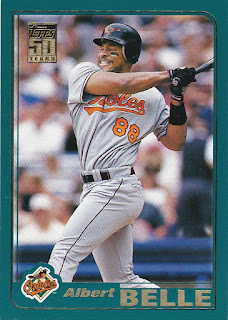 
Despite their win last night the Orioles remain 54.5 games out of first place. They have been eliminated from this year's playoff. They may even be eliminated from next year's playoffs. With 23 games left it's time for the Orioles to embrace their role for the rest of the season - spoiler. While two out of the three divisions have been settled in the American League (Boston is up 8.5 on the Yankees in the East and Cleveland is up 14 on Minnesota in the Central) the AL West is still wide open.

Insert the Baltimore Orioles. Including the Wednesday night game against Seattle the Orioles have 8 games remaining against the top three teams in the West. Their combined record against those teams: 1-11. That's not very good.

Beating the Mariners 5-3 on Tuesday night dealt a massive blow to Seattle's playoff hopes (although a few more blows were landed in the Seattle clubhouse prior to the game). They are now 9 games behind the Astros in the AL West and 5.5 out of the Wild Card. Another loss to the woebegone Orioles and they can start making off-season plans that don't involve baseball.

Following a series in Tampa, the O's return home to take on the Athletics who are currently sitting 3.5 games behind the Astros and in the second wild card spot despite having Edwin Jackson as a key piece of their starting rotation. The A's will need to sweep the O's again to keep pace.

To close out the season the Orioles play the Astros in a four-game season. It won't mean anything for Baltimore, but Houston could be playing for their playoff lives. There is potential for another 2011 Game 162 scenario where an Orioles team with 93 losses dashed the dreams of the the Boston Red Sox in the most exciting night of regular season baseball in the history of the game.

The stakes may not be as dramatic as 2011, as it is likely that whoever doesn't win the West will only fall to the second wild card spot and have to take on the Yankees in the play-in game. The surprising Rays are the only non-west team that is within spitting distance of the wild card and even they are 8 games out of the second spot.

The Orioles could deal the Rays and their innovative pitching staff a fatal blow this weekend as they journey to St. Petersburg for a three-game series. Tampa is out of the race for the East, but are lingering in the Wild Card race and have been hot over the last month, with their overall record climbing to 11 games over .500. They have, however, struggled against the O's, splitting the season series 8-8. If they falter over the weekend their chances of a miracle comeback could be dashed.

There isn't much to play for over the next month for the Orioles. Sure, some of the prospects will get an opportunity to suit up in a big league uniform and the organization gets an extended look at some of the role players to see if they will be with the team next season, but other than that their season is finished. Ending the season of a few other teams may provide some empty solace for them, but it's the best they can shoot for so they might as well take advantage.