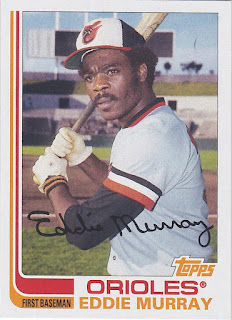 
Not only did I originally get the number of wins wrong last week, I also got the prediction for this weekend wrong. The Orioles didn't get swept, in fact they took two of three games (let's not talk about Saturday night's performance) and damaged the Red Sox's post season chances even further.

With the O's victory Sunday Baltimore picked up a game on the division leading Yankees (they're only 33 back now), but more importantly they kept the Red Sox from gaining ground (you're welcome Tampa Bay). With the loss, Boston leaves the weekend, one they probably thought they would sweep, 11 games behind the Yankees and 9 games behind the Rays. They are also now three games behind in the wild card race. It's not an insurmountable deficit, but they're going to have to chase down the Rays now.

It was odd to see Andrew Cashner pitching for the Red Sox as well. Even though he had only spent a season and a half with the Os, he seemed like an important part of the organization. He had, despite Red Sox fans complaints, a typical Cashner start - six inning, four runs, seven strikeouts and a 100+ pitches.  Not bad for a fifth starter.

It just wasn't enough to beat Asher Wojciechowski. On a day when Mike Mussina was inducted into the hall-of-fame, Wojciechowski turned in a Mussina-esque performance while picking up his first win in an Orioles uniform. He struck out 10 while allowing only one hit. Woj racked up most of his strikeouts with a sharp breaking slider. The spin rate on it must have been outstanding because all day long Boston hitters had trouble identifying it as they flailed wildly at pitches in the dirt.

Since the hitters were on guard against the breaking stuff, they were also behind on the fastball. His 93-mph looked about 5 mph faster than normal. It's amazing how much more effective pitchers can be when they work ahead in the count. Those letter-high fastballs are swung at a lot more on 0-2 and 1-2 counts. The same can be said of the sliders in the dirt.

Will we see anymore starts like this from Wojchiechowski? Probably not, but it was nice, that at least on one steamy summer afternoon, he was able to live up to the potential that made him a high draft pick all those years ago.
Posted by Justin G. at 6:57 AM

Okay, now I'm getting annoyed :P I was hoping the Sox would have picked up Zack Wheeler instead of Cashner, but it's nice to know he wants to be in Boston. Just wish he'd pitch like it, lol.

Chris - having watched him the last two seasons, that's pretty much what Cashner brings. He'll get you five or six innings but give up three or four runs. Then he'll have a couple of starts where he gives up one or two. As a fifth starter I think he's fine for the Sox.

You figure he had a better outing than Porcello, but the Sox just didn't score any runs for him.