Orioles Victory Card Number 29: Not much to say today 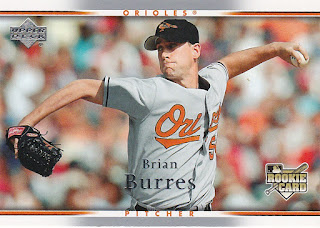 Not going to lie, we're at the point of the season where I'm wondering why I'm still doing this. It's July 18th and the Orioles have 29 wins. Looking at the schedule it looks like they may not crack 30 for awhile. The Red Sox are up next and other than the novelty of possibly facing Andrew Cashner there really isn't much to look forward to.

So there's that. Life is also playing it's part in the lack of motivation. The heat of summer (who knew Salt Lake City could pump out the 100 degree days on the reg?) and a busy week of work has sapped my energy and inspiration. Things crop up that make sports seem irrelevant as well. If you think this portion of the internet has slowed down, on the hockey side it's even worse. Not much motivation to write about the Lightning or the Crunch at this point in the summer. There is a break coming up in a couple of weeks where I will detach from the digital world for a good four or five days so hopefully that helps.