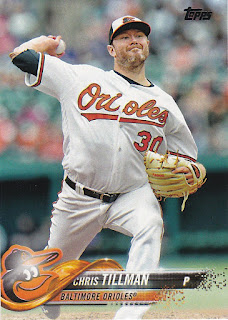 Seriously, I'm obviously having trouble keeping up with these wins. No off days, actual morning shifts and a two hour time differential is wrecking havoc on my free time writing. Oh and I was recapping the Lightning victory over the Senators as well.  It's hard to watch two games at once when you're supposed to be keeping track of one of them.

So I missed David Hess' 6+ inning, bullpen-saving start against the Blue Jays.  The Orioles really needed a starter to work deep into a game in order to save some arms. It shouldn't be so shocking that he worked into the seventh inning, he did work at least six innings in seven of his starts last year. Hopefully, he can keep that rolling this year and become one of those unsung, back-of-the-rotation innings-eaters that help keep a team around .500.

Trey Mancini and Jonathan Villar keep hitting and Chris Davis managed a walk (baby steps). The bullpen did enough to hold the win, even if it was a bit of a Katie-bar-the-door ending. Brandon Hyde kept true to his closer-by-committee stance as Richard Bleier became the third pitcher to pick up a save.

Hopefully they keep finding a way.
Posted by Justin G. at 6:39 PM