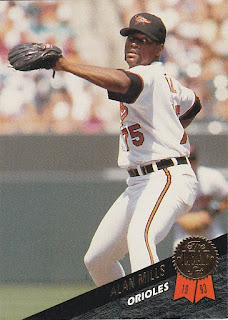 On Saturday the Orioles broke another multi-game losing streak and picked up their third win in their last ten games. All it took was a complete game from Alex Cobb and a three-run shot by Jonathan Villar to do it. It was Cobb's first complete game since 2013 and the fourth in his career. It was also the fourth victory for him in an Orioles uniform. All of those wins have come on the road as he continues to be winless at Camden Yards in his career.

For Cobb the 100-pitch effort continues his second half resurgence. After struggling mightily the first month of the season (0-3, 13.11 ERA) the right-hander has slowly been putting his season back together. He now has two wins in his last four starts and a very respectable 1.55 ERA in the month of August.

He's now worked six or more innings in five consecutive starts and allowed three earned runs or fewer in seven straight starts. With all of the roster churn of the last two months he's emerged as the de facto ace on the staff. Which is what the O's management was hoping for when they signed him to a 4-year/$56 million deal at the end of spring training.

While I'm sure they had hoped his first few months in the Orange and White hadn't been as rough as they were, they were surely prepared for a little rust as he was coming off of a delayed training schedule. He also didn't have a feel for one his best pitches -- his change-up. He told the Baltimore Sun:

“I was just really lost on the mound, and it’s been a constant, everyday burden on me just trying to capture those mechanics again and just have the arm slot, to have an ability to get the changeup to do what it’s doing,”

He mentioned that when he made a mistake with that pitch it left the yard. In his first 14 starts with Baltimore he surrendered 14 home runs. In his last 9 starts only 7 have cleared the fences. He's inducing more ground balls weaker contact as the year wears on.

On first glance his counting numbers (4-15 record, 5.09 ERA) aren't much to look at, but digging deeper shows the vase amount of improvement (and possibly the uselessness of wins as an individual stat). He has shaved two runs off of his ERA since June and in nine of his starts this year he's gone at least six innings and given up less than two earned runs. His record in those nine game - 3 wins, 3 losses and 3 no-decisions. That's just bad luck and a bad bullpen.

A start that typified his hard luck summer was June 22nd where he pitched seven innings against Atlanta, struck out six and scattered four hits. He left the game with it tied at one and then saw his offense finally remember to hit (and the bullpen forget how to pitch) as the Orioles pulled out a 10-7 victory in 15 innings.

His performance over the final few months might draw some interest from other teams looking to solidify their rotations. Unless it's a home-run deal (more Chris Archer return than Kevin Gausman return) then the Orioles should quietly hang up the phone. With the rebuild just getting started they need someone that can go out there every fifth day and give them a more than even chance to win a ball game. Cobb could be that veteran presence that helps stabilize a young pitching staff and that is worth more than some collection of fringe prospects.

The best case scenario for the Orioles will be for Cobb to get through the rest of the season healthy and continuing the run of quality outings he's posted since the All-Star Break. He can then enjoy an off-season without worrying about a contract and come to spring training fully rested and ready to take the ball on Opening Day.