Question of the Week - Final Thoughts on the Deadline

Here we go with round two of The Raw Charge Question of the Week!  Yeah, I missed last week’s question what with all of that boxing stuff I posted, but now I’m back on point and raring to write some hockey stuff.  The question, put forth by Editor John Fontana, is:


How would you describe the Tampa Bay Lightning’s tradedeadline moves?


In one word – strategery.


I would say progress.


Taking into consideration the moves made before the actual deadline day on the 27th, General Manager Steve Yzerman brought in several assets that will benefit the organization in the long term. While it did cost him a popular player in Steve Downie and left the team with essentially one scoring line as it fights for its playoff life, the draft picks and young players he brought in continues the rebuild he started when he took over control of the club.


Please remember that the product on the ice is still a work in progress.  He openly admitted that he delayed some of his plans to restructure the farm system when last year’s squad got themselves involved in a legitimate Stanley Cup run.  This season’s are-they-aren’t-they-in-the-race run hasn’t been easy for him to judge either.  Sure they were only 8 points out of a playoff spot at one time, but they were also only a point or two away from last in the conference and a top 4 draft pick at the same time.


With the Dominic Moore, Pavel Kubina and Downie moves he signaled that he wouldn’t be a buyer as the deadline moved in, but that’s not the same as being a seller.  The Steve Yzerman Garage Sell and Pancake Social never opened.  Rather he kept his phone lines open and waited to see what would end up in his lap.


In the end, he brought in three new defensemen in Keith Aulie, Mike Commodore and Brian Lee (who I will call Chris Lee at least once in the foreseeable future. I can’t help it, I worked with a Chris Lee for a long time) in exchange for Carter Ashton, Matt Gilroy and a conditional draft pick.


For the record I think Commodore is here for the next 20 games and that’s it. It was purely a depth move for a defensive unit that lost Victor Hedman and doesn’t know when Marc-Andre Bergeron and his 65-year-old back will return.  I have no problem with Mr. Yzerman bringing in a veteran player for basically a couple of game checks and a pick that the Bolts will probably end up keeping.


The Gilroy-for-Lee deal I see as a lateral move.  They are two young defensemen who have potential that may have stalled in their current organization.  More so in Lee’s case than Gilroy’s.  The former Boston University Terrier showed some offensive promise in Coach Boucher’s scheme, but also struggled with defensive zone coverage.  Given a full season I wouldn’t have been surprised to see him figuring it out and even eventually manning a power play point, but in the end the play of Brendan Mikkelson made him expendable. 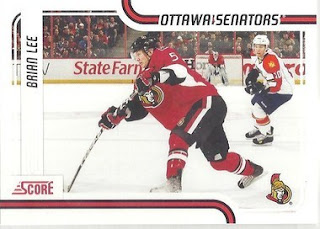 Now, the one move I’m still questioning is the Carter Ashton trade.  A lot of Lightning fans have mentioned that the organization has a lot of offensive prospects in the farm system.  I say you can never have enough.  The jump from the American Hockey League to the NHL is prodigious. No matter how good Cory Conacher or Tyler Johnson has looked in Norfolk there is no guarantee that they are going to be able to do the same with the big boys.


Having as many potential contributors available to promote heightens the chances that at least one of them will succeed.  Especially one who is a big-bodied forward willing to crash the net.  However, in order to get something of value one has to trade something of value (despite what people on message boards tend to think).


If Mr. Yzerman believes Keith Aulie can develop into a top-pairing defenseman then moving Ashton is worth it.  A Hedman-Aulie pairing could be a defensive foundation for the Lightning for many years to come.  If that happens then this trade ends up looking like genius while I, as usual, have to admit I was wrong.


There was a lot of screaming on the internet and radio about Mr. Yzerman needing to pick up a goalie at the deadline.  That wasn’t going to happen.  When Paul Gaustad, basically a solid defensive forward, goes for a first round pick then Corey Schneider and Jonathan Bernier are going to cost a fortune.  It was a seller’s market and Mr. Yzerman wasn’t going to overpay for what he wanted.

The GM had a vision for this team when he took it over, and he’s not going to change it to meet expectation based off the team overperforming last season. He knows that to make this team competitive for the long haul he needs to find and build off of young talent.  That’s what he did in this deadline and I can’t feel bad about that.
Posted by Justin G. at 12:38 PM