As the tempature rises and the snow finally begins to melt around town I figured I'd knock out some mail that has piled upon my desk. Plus I can clean up the desk and now that the better half has moved in, it's important to keep things clean again.

First up - An eBay Purchase 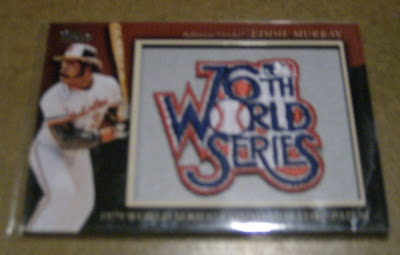 I'm normally not a fan of manu-patches, but I made an excepton in this case as it was fairly cheap and had a great photo of Murray with the full blown side buns and warm up jacket under the uniform.


2nd up - An old-fashioned card swap 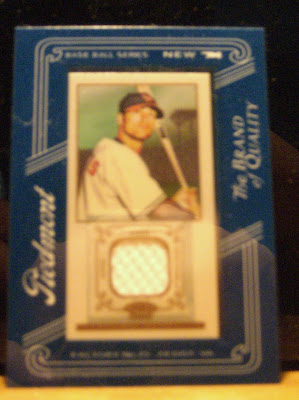 It was the main card in a package from Greg over at "Plaschke, Thy Sweater is Argyle" . Greg is a Dodger fan who took a Blake Dewitt auto off of my hands and was generous enough to sent Nick back in exchange. Look for "The Stick" to get back into the 20-25HR range now that he has some power behind him in the lineup.


3rd up - Another old-fashioned card swap 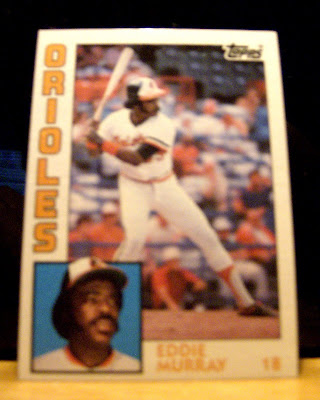 Johnny over at "Cards From the Quarry" sent a nice packet of O's cards in exchange for a black border Rockies card that was filling up space in my "trade bait" section.

I highlighted this card since it's one of my all-time favorite Murrays (and one that I didn't have for some reason). He's in full relaxed mode, waiting to unleash hell on some poor lefty. So far as I've started collecting Murray, it's also one of the few cards to feature him from the right side of the plate.

One last card to pimp. 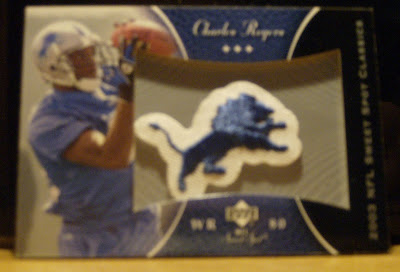 The eBayer I bought the Murray patch from threw this in as filler for the supper wide top loader that the Murray was placed in. If there are any Lions fans out there that want it, let me know and it's yours.

Thank you everyone for the cards.
Posted by Justin G. at 5:40 PM

Some great stuff. Check out Too Many Grandersons to see if he wants that Lions patch. It looks great, I wish I was a Lions fan.

Glad you enjoyed the cards, thanks again for the trade!