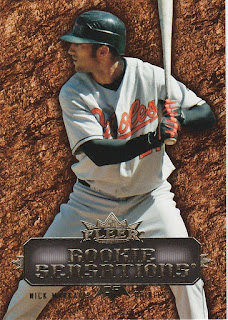 It's been awhile since the Orioles tasted sweet victory. Baltimore went seven days and seven games between wins, but it felt a lot, lot longer. Since their 5-1 win against Cleveland last Friday they lost the last two games against the Indians, were swept by the Yankees (giving up 34 runs in the process), and were walked off by Colorado in their fist game in Coors Field in 15 years.

The pitching staff has been pummeled, Chris Davis is back on the bench for a "reset" and Joey Rickard had followed Cedric Mullins to the minors. Keon Broxton, acquired for international bonus slot money, announced his presence with authority as he turned on the first pitch he saw as a Baltimore Orioles and launched it half way to the moon in Friday's loss.

The offense, except for the two losses against Cleveland, hasn't been an issue during the most recent losing streak as they scored 5.4 runs a game against the Yankees and the Rockies.  The problem has mostly been the pitching and some boneheaded plays in the outfield that have led to early deficits.

It wasn't a very good week in Orioles land.  Still, there were some bright spots to be found. Renato Nunez rediscovered his swing as he hit .391 with five home runs over the last seven days. Over the same time Richie Martin hit .250. That may not seem impressive, but considering the young shortstop had bottomed out at .156 at the beginning of the losing streak it's nice to see him rebounding a bit. If he can get his offense to a replacement player level, his defense will make him invaluable to the Orioles.

Pedro Severino is wresting the starting role from Austin Wynns by hitting a career-best .275 with five home runs. The animated catcher has also gunned down 4 of 9 would be base stealers from behind the plate. The Hall of Fame isn't adding him to their speed dial list yet, but he is showing that he can be a full time player on a major league team.

While overall the pitching hasn't been great, there have been some encouraging signs. Josh Lucas pitched a scoreless three innings on Saturday night to lock down the win. Dylan Bundy looks like he is starting to adjust his pitching style a little bit. Over his last four starts he's only given up 4 home runs in 23.2 innings. Again, not great numbers, but way better than the 9 home runs over his first 28.1 innings. Andrew Cashner keeps grinding out innings and may be making himself attractive to a team looking for a fourth or fifth starter down the stretch.

The Orioles aren't in a great place right now. They have sold off most of their assets and are filling a lot of positions with stop gap players. The future isn't ready yet (they're still mostly dominating in Delmarva) so fans have to struggle through a bunch of losses with players who most likely aren't going to be around for long.

It's going to be the small victories that sustain fans through this rough summer. And they are going to be few and far between. This probably won't be the only seven game losing streak that will be endured over the next four months. Hopefully, some of the small moves that Mr. Elias and company have made end up working out. It hasn't cost the Orioles much to see if Rio Ruiz (waivers), Dwight Smith, Jr. (international money) , Keon Broxton (international money) or Hanser Alberto (waivers) are major league players. If even one of them pan out over a whole season then it's a win for the Orioles.

At least the organization isn't deluding itself into thinking they are contenders. That kept them from beginning a rebuild following their success in the late 1990s. Instead of tearing things down they kept trying to add veterans to an already aging core of players (hey Will Clark!) and all it did was drag out the process. This time they ripped things to the ground level fairly quickly and began the overhaul. So instead of a 15-year gap between winning seasons (1997-2012) it's only a four or five year gap.

In fact, the last time the Orioles won in Colorado prior to Saturday night's win was in June of 2004. They won on a ninth-inning grand slam by Brian Roberts. Jorge Julio picked up the save while B.J. Ryan had the win.  The Orioles finished 3rd in the AL East that year with a record of 78-84. There was hope that it was a turning point season following three straight seasons with 90+ losses. It wasn't. The core of talent was all 30 years old or order and the prospects (Larry Bigbie, Luis Matos, Val Majewski and the rest) never really panned out.

It would be another 8 seasons until the Orioles had a winning season and none of those players were on the roster. Rebuilds don't always going smoothly. So, stay fast Os fans. It will get better. In the meantime find those small victories to celebrate.