Some Lower Tier People (Well Me) are Still Chasing Heritage

As I mentioned in my last post (has it been a week already?) I went on a bit of a card buying binge. I also managed to pull off two trades during that time. The first one happened just after I finished my order on CheckOutMyCards….you know that 20 second period of guilt you feel after you hit the “Submit Order” button?


It seems Marcus over at all the way to the backstop... had some spare Heritage cards on hand that he needed to get rid of.  Luckily for me, about 47 of them I needed.  Based on the ratio of doubles to cards I need I’ve been experiencing lately through retail buying, Marcus saved me from buying about 136 packs.


In exchange I sent him some extra Padres cards that I had lying about and a couple of cards he needed off of his want list.


A quick sample of some of the cards in the package. 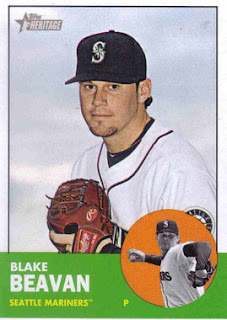 Not a clue who Blake Beavan is.  There was a time when I knew every player that appeared in a set.  Now, not so much. 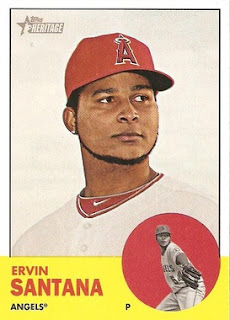 Not sure why I selected the Santana card.  Oh well, here it is. 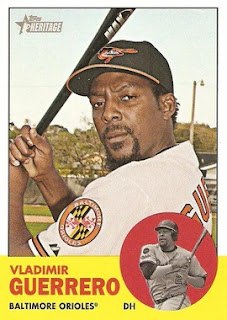 Had to have at least one card rockin' the Orange and Black!  Vlad is currently surfing the free agent waters after getting released from the Toronto organization.  Perhaps it's time the best bad ball hitter of the last generation retired.  Borderline Hall of Famer? Definite member of the Hall of Guys You Didn't Want To Face When the Other Team Needed A Hit. 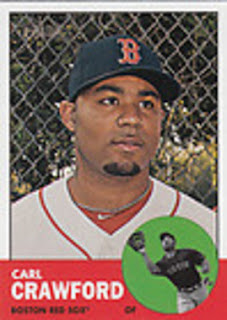 "Carl, imagine if you had signed with the Angels instead of the Red Sox"  Look, I was a CC collector back when he was with the Rays, I think he can still turn it around in Boston if his wrist heals correctly, but man was that the wrong place for him to sign.

Thanks, Marcus.  I'll be keeping an eye out for Padres cards at the Rosemont card show next week!